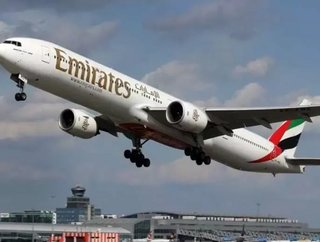 Follow @SamJermy and @SupplyChainD on Twitter.Emirates airline has announced two enhancements to its service to the Indian market, in Kolkata.Commencing...

Emirates airline has announced two enhancements to its service to the Indian market, in Kolkata.

The inbound service offers convenient connections with several regions within Emirates’ network, including many of the 37 European, 17 Middle Eastern and 20 African cities Emirates serves. With this additional service, Emirates will operate 186 weekly flights across its network of 10 Indian destinations.

Also on 29 March, Emirates will start to operate a larger Boeing 777-200ER on the route as flight numbers EK 570 and EK 571, which will offer Emirates’ renowned First Class service. The Boeing is an up-gauge from the existing A330-200, with capacity for 274 passengers; 220 in Economy Class, 42 in Business Class and 12 First Class. Emirates will be the only airline operating a First Class cabin to the city.

The new service and up-gauge will represent a capacity increase of 250 seats in each direction per week.

Ahmed Khoory, Senior Vice President, Commercial Operations for West Asia and Indian Ocean, said: “Emirates commenced flights to Kolkata back in 2006, the seventh city we launched flights to. Since then we have flown over 1.6 million people and 55,260 tonnes of cargo on this popular route. On the milestone of completing nine successful years of operations to Kolkata, we are happy to offer an extra weekly flight to passengers flying to the city which not only increases their choice of flight times but also introduces increased capacity and a First Class cabin for our premium customers”, said.

“The additional flight and increased capacity also means strengthening of travel options available not just to Kolkata, but the entire east and north-east India region. We hope this capacity addition will help connect even more people to the market, and facilitate greater trade to the region and its economy”.

For more information on Emirates, visitwww.emirates.com