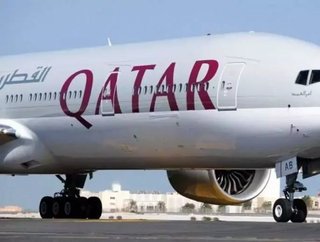 Follow @SamJermy and @SupplyChainD on Twitter. Qatar Airways has once again been named the Best Middle Eastern / African Airline at the 2015 Business...

Qatar Airways has once again been named the Best Middle Eastern / African Airline at the 2015 Business Traveller Asia-Pacific Awards held in Hong Kong on 9 September. This is the sixth consecutive year the Gulf carrier has received this accolade in recognition of Qatar Airways’ continued efforts in providing award-winning travel experiences for its passengers.

Qatar Airways Group Chief Executive, Akbar Al Baker said: “We are very pleased to be voted Best Middle Eastern / African Airline once again. In the fiercely competitive airline industry, we are proud to continue setting benchmarks and to be able to retain the top position for the sixth successive year. We are delighted that our efforts have not gone unnoticed by our passengers, and we would like to thank them for their continued support. This award recognises Qatar Airways’ continued pursuit of success and is a testament to our focus on consistently delivering high quality travel experiences for all our passengers.”

Koleilat said: “It is an honour to receive the award on behalf of Qatar Airways and also be among Asia’s best in the travel and hospitality industry. We have always strived to provide the best to our passengers and I am happy that our efforts are recognised. This award recognition strengthens our belief that we are on the right track, and are providing our passengers with a quality product that fits their needs. I would like to thank our passengers for their continuing loyalty and for all our staff who share our belief and have worked diligently to maintain the high standards that we are now renowned for.”

The Business Traveller Asia-Pacific Award adds to Qatar Airways’ ever-growing trophy cabinet, which also includes three of the top aviation honours recently clinched at the annual Skytrax World Airline Awards, including Airline of the Year – an accolade Qatar Airways has received for the third time. The airline was also named Best Airline in the Middle East and voted Best Business Class Airline Seat by travellers around the world.

Qatar Airways has seen rapid growth in just 18 years of operation and today flies a modern fleet of 166 aircraft to 152 key business and leisure destinations across Europe, the Middle East, Africa, Asia Pacific, North America and South America. Just this year, the airline has added six new destinations to its global network. These include Amsterdam, Zanzibar, Sialkot, Faisalabad, Multan and Abha. Other new and exciting destinations for Asia-based passengers to look forward to include Durban (December 17), Los Angeles (January 1, 2016), Boston (March 16, 2016) and Atlanta (June 1, 2016).

The Business Traveller Asia-Pacific Awards is an annual event that pays tribute to the very best in the hospitality industry. The accolades given out are independent and are based on votes from its readers and tallied by global market research leaders.

Qatar Airways, the national carrier of the State of Qatar, is one of the fastest growing airlines operating one of the youngest fleets in the world. Now in its 18th year of operations, Qatar Airways has a modern fleet of 166 aircraft flying to 152 key business and leisure destinations across six continents. Qatar Airways won Airline of the Year, Best Business Class Airline Seat and Best Airline in the Middle East at the 2015 Skytrax Awards. This is the third time the airline won the accolade of Airline of the Year.

Qatar Airways is a member of the oneworld global alliance. The award-winning alliance was named the World’s Best Airline Alliance 2015 by Skytrax for the third year running. Qatar Airways was the first Gulf carrier to join global airline alliance, oneworld, enabling its passengers to benefit from more than 1,000 airports in more than 150 countries, with 14,250 daily departures.