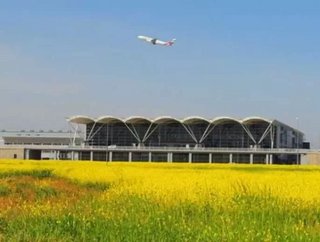 International cargo flights resumed service into the Kurdistan Region this week after Baghdad banned such flights earlier this month following Erbils an...

International cargo flights resumed service into the Kurdistan Region this week after Baghdad banned such flights earlier this month following Erbil’s announcement of plans for an independence referendum.

Bengin Rekani, the Deputy Minister for Iraq's Transportation Ministry said: "This evening it was decided to allow the cargo planes to resume their flights from the Kurdistan Region's airports."

The decision is expected to affect cargo flights from Turkey, Qatar and the United Arab Emirates operating from the autonomous Kurdistan Region’s two main airports, in the capital Erbil and the second-largest city Sulaimaini.

Erbil International Airport director, Talar Faiq said: “We have not received any decision about the resumption of cargo flights and we are waiting for notification from Iraqi aviation authorities so that we can restart our flights.”

The federal government also did not notify the two airports in Erbil and Sulaimani when it ordered a halt to the cargo flights. Officials said they knew about that decision through the airlines themselves.

Iraq’s central government has control over Kurdish airspace, and in December 2012 denied landing rights to a plane carrying the Turkish energy minister into Erbil.

Both Baghdad and Erbil have been carrying out tit-for-tat moves against each other, ever since a jihadi-led advance plunged the country into turmoil and the Kurds said they were ready to quit Iraq and announced plans for an independence referendum.

Since Iraq’s second-largest city Mosul fell to the ISIS militants last month, Kurdish leaders have raised their tone about an independent Kurdish state as a way of retaining the Kurdish enclave’s relative stability and prosperity compared to the rest of Iraq.

Baghdad has stopped the monthly payments from the national budget to Kurdistan for the last seven months, causing a crisis in Kurdistan’s largely cash-based economy.