Air cargo sector on course for best period since 2010 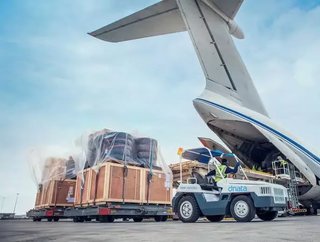 The air cargo industry on track to achieve its strongest operational and financial performance since the post-global financial crisis rebound in 2010, n...

The air cargo industry on track to achieve its strongest operational and financial performance since the post-global financial crisis rebound in 2010, new figures have revealed.

This was an increase from the 5.8% annual growth recorded in October 2017. Despite indicators pointing to air cargo having passed a cyclical growth peak, demand remains strong.

Freight capacity, measured in available freight tonne kilometers (AFTKs), rose by 4.0% year-on-year in November. This was the 16th consecutive month in which demand growth outstripped capacity growth, which is positive for industry load factors, yields, and financial performance.

The uptick in freight growth coincides with the traditional period of strong demand seen in the fourth quarter.

November's robust performance puts The Purchasing Managers Index (PMI) for manufacturing and export orders, which has tracked sideways for much of 2017, reached a seven-year high in the fourth quarter signifying that growth is carrying momentum into 2018.

“And there are several indicators that 2018 will be a good year as well. In particular, buoyant consumer confidence, the growth of international e-commerce and the broad-based global economic upturn are cause for optimism as we head into the New Year.”