We Cry and Scream for Dry Ice Cream 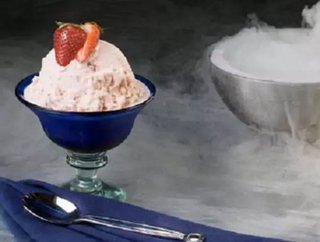 Staff contributor: Heather Rushworth The necessity for immediate accessibility in our ultra-convenient world is atestament to our cultural impatience...

The necessity for immediate accessibility in our ultra-convenient world is a testament to our cultural impatience: people simply do not want to wait, especially for things they love. This impulse for speed manifests itself in some wonky methods for supply chain delivery, that when approached with a discerning eye, do not seem all that safe, nor sane.

Nowhere does this need for speed manifest itself quite as absurdly as in the ice-cream world. The evolution of ice-cream as a simple – though difficultly obtained – holistic treat into a conglomeration of hazardous chemicals often packed with carbon dioxide, or liquid nitrogen illuminates our culture’s lazy and hasty approach to product acquisition. Science hijacked our good old fashioned ice cream, and replaced it with something better referred to as sci-fi weirdo cream.

Ice cream in its true form first appeared in 18th-century England – prior to the invention of refrigerators. Those who fancied a cold cone of ice-cream had to brave the elements, chip out ice from lakes and ponds, and store them in holes in the ground to preserve their frigid consistency.

Accruing the ice was not where the laborious tasks ended: ice cream makers then had to slowly stir the mixture while it cooled to avoid chips of ice in the final product. Historical eaters celebrated ice cream as an absolute treat, something so ridiculously complicated to obtain that consuming it made them feel like royalty. Like saffron must have tasted to an ancient king, ice cream made the average consumer feel powerful. After all, they had done the impossible: they had made cream cold.

However, the modern market does not buy into the idea that luxuries should be earned through painstaking processes. Today’s supply chain mangers often pack ice-cream with the street chemical, “dry ice,” -- scientific name: frozen CO2. Sure, dry ice sounds harmless enough, neither the word dry nor ice strikes fear in the heart of the hearer, but like an iceberg, whose dangerous mass is hidden under the surface of water, a far more dangerous truth looms under CO2’s gentle veneer.

CO2 is known to the rest of the world -- or at least Dermatologists -- as a chemical so viciously strong that it can burn warts off of skin on immediate contact. It is also known as the poisonous chemical we reject from our bodies during the breathing process. More so, Dry Ice has scared the masses in county fair haunted houses and stage productions as a theatrical representation of fog. What is this terrifying chemical doing next to our childhood treat?

While on the whole, CO2 is not lethal, it exhibits dangerous tendencies when made into its ice form. Firstly, a block of dry ice is so cold you have to wear winter gloves and safety goggles while handling it as to avoid frostbite. It does not matter if you are in Tampa Bay, Florida, exposure to dry ice can kill skin upon contact. Also, when mixed with the overly delicious, easily gulpable nature of ice-cream, dry ice chunks can be swallowed inadvertently resulting in frost bite on your esophagus.

Even worse, dry ice does not melt; it vaporizes, quickly filling the air with a thick fog of carbon dioxide, which can lead to asphyxiation. Several cases of people transporting ice cream packed with dry ice in their car’s backseat resulted in mild to severe asphyxiation – so bad that some drivers passed out at the wheel.

Nobody passed out at the wheel from old timey ice cream...partly because they did not have cars yet. However, this cultural demand for complicated, high-tech supply chain delivery measures should be evaluated. Maybe we should leave dry ice to our weirdo neighbor's haunted house, and leave keep our ice cream recipes simple: Ice. Cream. Period.