Covid and the supply chain: What is the latest? 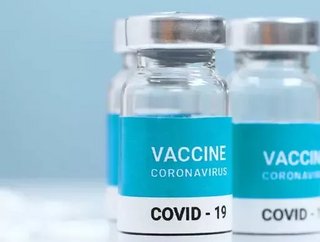 As countries rush to vaccinate citizens against COVID-19, we take a look at the latest data on supply and demand...

In the world's largest COVID-19 vaccination campaign, more than 726 million doses have been administered across 154 countries, according to data collected by Bloomberg.

The US is in the lead, with around 175 million doses being administered. At this rate, it is estimated to take another three months to cover 75 per cent of the population.

After a break in the vaccination drive in the US over the Easter weekend and end of Passover, the pace has picked up again, with another 3.4 million doses reported on Thursday, bringing the seven-day average to 3.04 million, almost at the record level before the holiday drop off.

According to Bloomberg, the stockpile of AstraZeneca vaccines in America has now risen to more than 20 million doses. AstraZeneca has yet to request Food and Drug Administration authorization for the two-dose vaccine, and the company faces safety questions and scrutiny from US regulators who have already rebuked it for missteps during clinical trials and partial data releases.

Across the pond the EU has now exported more than 80 million vaccine doses since the beginning of February.

The latest row with AstraZeneca and the EU continues. Dozens of EU nations suspended the use of AstraZeneca vaccines after claims that it could be linked in a handful of cases to blood clot issues, the Netherlands this week issuing a new ban. AstraZeneca, the EU regulator and the UK disputed these claims, but now the UK has said under 30’s are going to be offered an alternative vaccine.

France has told the under-55s to abandon the AstraZeneca jab for their second dose and have another vaccine instead.

AstraZeneca announced last month that it might only be able to produce half of the supply it was contracted to deliver across the European bloc, and the backlash from the EU has been significant. The EU also threatened this week to block exports to the UK due to the nation’s successful vaccine drive.

Japan has overtaken the UK as the main export destination, getting 17.7 million shots produced in the EU, versus 13.3 million for Britain’s shipment. European governments have been under pressure to curb exports as their rollout lags behind vaccination rates in the US and the UK However, out of the 534 export requests submitted by drugmakers so far, only one has been refused, and two are pending, according to the memo dated April 8.

India’s Prime Minister Narendra Modi has said the country is trying to boost its capacity to make vaccines, as new coronavirus cases have surged to a record in the world’s second-most populous nation. Currently, India’s virus epicentre only has three days worth of stock left. Modi is reported to have had a meeting with chief ministers to discuss ways to stop the rapid rise of infections in the South Asian nation.

Nations across the world have poured billions into developing new vaccines, testing them on volunteers, scaling up the manufacturing and then bringing them to the market in record time. Although the rollout is going well, there are still countries with little access and low supply, meaning the world is still a long way off being completely vaccinated.