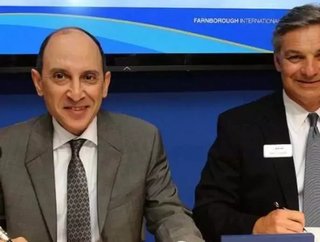 Qatar Airways and Boeing have finalised an order for 50 aircraft, of the 777-9Xs range. The order was first announced as a commitment at the 2013 Dubai...

Qatar Airways and Boeing have finalised an order for 50 aircraft, of the 777-9Xs range. The order was first announced as a commitment at the 2013 Dubai Airshow and was part of the largest product launch in commercial jetliner history.

In addition, Qatar Airways announced a commitment for 50 additional purchase rights which if exercised, could take its order tally to over 100 airplanes, valued at around US $40 billion at list prices.

The company, which has a long-term target to become a top five cargo carrier, also announced its intent to order four 777 Freighters and options for four more, with a combined value of around US $3 billion at list prices.

He said: "Qatar Airways continuously builds upon its successful fleet programme, and this latest announcement demonstrates our investment in quality equipment to deliver our signature Five-Star service.

"The Boeing 777 is a key component of our fleet and we look forward to building on this with the next-generation 777-9X.”

The 777X will introduce the latest technologies including the most advanced commercial engine ever; the GE9X by GE Aviation, and an all-new high efficiency composite wing that has a longer span than today’s aircraft.

Boeing Commercial Airplanes president and CEO Ray Conner, said: “Qatar Airways took delivery of its first 777 a few short years ago, and we are honoured to see this partnership continue to grow and strengthen.

“Today signifies a new chapter in our relationship, with Qatar Airways’ endorsement of the 777X as well as their ongoing confidence in the value of the 777 Freighter. These orders validate the market leading role that the 777 and now the 777X will continue to play in the Middle East’s passenger and cargo market.”

The 777-9X will be 12 percent more fuel efficient than any competing airplane, something which is necessary in today’s competitive environment.

Design of the 777X is underway and production is set to begin in 2017, with first delivery targeted for 2020. To date, the 777X has accumulated 300 orders and commitments from six customers worldwide.

Qatar Airways has seen rapid growth in just 17 years of operation, to the point where today it is flying a modern fleet of 134 aircraft to 144 key business and leisure destinations across Europe, the Middle East, Africa, Asia Pacific, North America and South America.

Qatar Airways joined the oneworld Alliance, becoming the first Gulf carrier to join a global airline alliance, enabling its customers to benefit from almost 1,000 airports in more than 150 countries, with 14,250 daily departures.