EU and US agree end to Airbus-Boeing supply chain tariffs 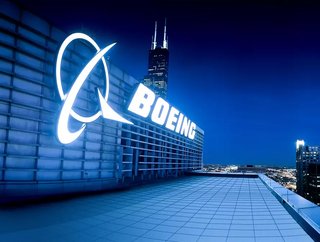 Supply chains embroiled in Airbus-Boeing dispute will no longer be impacted by $11.5bn tariffs imposed on food and beverage, aircraft and tobacco

The EU and US have agreed to resolve a 17-year dispute over aircraft subsidies, suspending tariffs on billions of dollars' worth of goods that have plagued procurement leaders on both sides of the Atlantic.

Under an agreement reached by European Commission Executive Vice-President Valdis Dombrovskis and US Trade Representative Katherine Tai on Tuesday, the tariffs will be halted for a period of at least five years.

It will bring an end to punitive and disruptive levies on supply chains that have little to do with the argument, which became embroiled in the trade battle. Businesses on both sides of the dispute have been hit with more than $3.3bn in duties since they were first imposed by the US in October 2019, according the EC.

The US imposed charges on goods upto $7.5bn in response to a World Trade Organisation ruling that judged the EU’s support of Airbus, its biggest aircraft manufacturer, unlawful. A year later in November 2020, the EU hit back. The WTO found the US had violated trade rules in its favourable treatment of Boeing, and was hit with EU duties worth $4bn.

In all the tariffs affected $11.5bn worth of goods, including French cheese, Scotch whisky, aircraft and machinery in Europe, and sugarcane products, handbags and tobacco in America. Procurement leaders on both sides of the fence were forced to wrestle with tariffs of 15% on aircraft and components, and 25% on non-aircraft related products.

Boeing-Airbus dispute by the numbers

Both sides welcome end to tariffs

European Commission President Ursula von der Leyen branded the truce a “major step” in ending what is the longest running dispute in WTO history. It began in 2004.

“I am happy to see that after intensive work between the European Commission and the US administration, our transatlantic partnership is on its way to reaching cruising speed. This shows the new spirit of cooperation between the EU and the US and that we can solve the other issues to our mutual benefit,” she added.

Both aircraft manufacturers have welcomed the news. Airbus said in a statement that it will hopefully bring to an end the “lose-lose tariffs” that are affecting industries already facing “many challenges”. Boeing added that it will “fully support the U.S. Government’s efforts to ensure that the principles in this understanding are respected”.

The US aerospace firm added: "The understanding reached today commits the EU to addressing launch aid, and leaves in place the necessary rules to ensure that the EU and United States live up to that commitment, without requiring further WTO action."

This week’s decision expands upon a short-term tariff truce announced in March this year. The EC says it will work closely with the US to try and further resolve the dispute, establishing a Working Group on Large Civil Aircraft led by each side’s trade minister.

Airbus last month signalled to suppliers that post-pandemic recovery was on the horizon, telling them to scale up to meet a return to pre-COVID manufacturing levels. “The aviation sector is beginning to recover from the COVID-19 crisis,” said Airbus chief executive Guillaume Faury, adding that suppliers should prepare for a period of intensive production “when market conditions call for it.”