Aviation expansion is 'vital' to the economy, says FTA 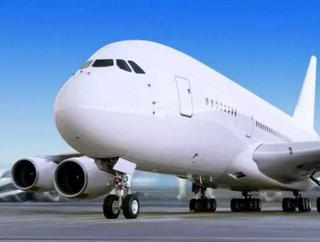 UK trade group the Freight Transport Association has released a statement highlighting the &lsquo;vital importance of air freight to the UK economy. Ac...

UK trade group the Freight Transport Association has released a statement highlighting the ‘vital’ importance of air freight to the UK economy.

According to the statement, it is vital that the aviation sector is able to expand to meet demand from both passengers and freight. The FTA also highlighted the need for extra capacity ; either from new airport development or through the expansion of existing London airports.

In its submission to the Airports Commission's discussion paper 'Aviation Connectivity and the Economy', the association said that air freight is crucial to the UK economy because it provides a service which the rest of UK industry relies upon in order to be competitive in the global market. It is vital for the UK to maintain its place as a global centre of business, both for services and high end manufacturing, in order for the economy to thrive.

FTA also stated in its submission that amongst other uses, air freight allows the operation of express delivery services connecting businesses globally on a next day basis, a service required for the UK to maintain its place as a global centre of business – both for services and high end manufacturing.  Although the volume of freight travelling by air is very small when measured by weight – around 0.5%¹ of the total, it has a high value – about 40 per cent of the UK's extra-EU trade².

Heathrow is the most significant airport for freight in the UK – in fact it carries more freight each year than all other UK airports put together. It competes as a mixed use hub with the major continental alternatives – Paris, Frankfurt, Amsterdam and Madrid - but the lack of availability of slots at Heathrow is reducing the range of destinations served. As London’s main hub airport, Heathrow will continue to play a major role and FTA says it should be permitted to expand its existing operations, specifically through additional runway capacity, in order to meet existing and future demand from passengers and international trade.

"Air freight is of vital importance as it serves industries which are core to the UK’s economic future as a service economy. These include the major export industries such as electronics, telecoms, financial and business services. Air freight also serves industries where urgency is a key factor – pharmaceutical and biotech industries as well as food producers are heavy users of air freight, and UK manufacturing relies on air freight to import and export key components to keep factories working.

"The UK economy would benefit from an improved quality of global hub located in the UK. The greater the range of direct destinations, the easier it is to trade with other parts of the world. The UK’s international competitiveness is likely to be impaired unless current airport capacity is expanded to cater for growth in international trade"