UK now has most expensive diesel in the world, but why? 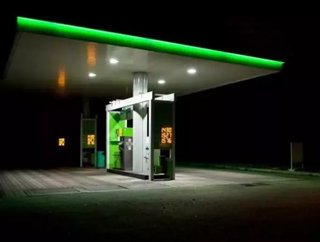 Follow @SamJermy and @SupplyChainD on Twitter. Despite many countries buying its oil from the same places, The Fuelcard People has pointed out that U...

Despite many countries buying its oil from the same places, The Fuelcard People has pointed out that UK companies now pay more for diesel than they would anywhere else in the world. This will come as a blow to many drivers throughout the UK, as diesel cars have been selling at a higher rate than their petrol counterparts for the last couple of years.

Steve Clarke, group marketing manager, cited the latest research by globalpetrolprices.com, published last week. He said: “It made headlines that the UK is back into the world ‘Top Ten’ for petrol prices, but nobody seems to have noticed the diesel chart. Of more than 170 countries surveyed, we have the world’s most expensive diesel.”

The research, cited regularly by the world’s broadcast, print and online media, includes an explanation for internationally differing prices. Steve Clarke said: “There is no mystery to the UK’s embarrassing position. Each nation buys oil on the same global markets, but then imposes its own taxes. The price on our forecourts includes 59 percent for diesel and 61 percent for petrol. Having to pay the highest fuel duty in Europe is hitting the general public hard, crippling businesses and hindering the economic recovery.”

Clarke put the high rates of duty into context and offered a warning to UK businesses. He said: “Even firms in notoriously expensive places like Switzerland, Luxembourg and Monaco pay less for petrol. Everyone in the world pays less than our companies have to pay for diesel. With fuel being a major cost for any business using the roads, we are trying to compete internationally on a very uneven playing field. With a deficit to clear and no room for manoeuvre, nobody should expect the government to be reducing fuel duty in the foreseeable future.”

Steve Clarke’s long experience in the sector makes him perfectly positioned to comment. The Fuelcard People reduces refuelling costs for many thousands of customers every day, typically by up to 4p per litre for both diesel and petrol.