US rail execs expect slow growth in the fourth quarter 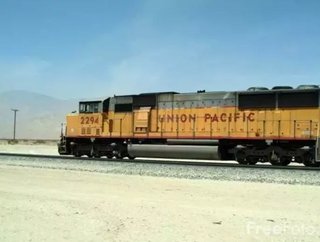 Follow @WDMEllaCopeland US rail cargo executives are expecting somewhat &lsquo;subdued growth in volume in the run up to the holiday season, due to an...

US rail cargo executives are expecting somewhat ‘subdued’ growth in volume in the run up to the holiday season, due to an increasing reliance on trucks for retail distribution.

According to two rail executives speaking at a global transportation conference in New York, rail cargo in the pre-holiday season will be disappointing.

"We still do expect a peak season, which means year-over-year growth," Union Pacific Corporation CFO Rob Knight told the conference, according to Dow Jones Newswires. "It's just muted versus what we previously said."

Union Pacific, the largest rail network in the United States, experienced a stock price decline by 2.56 percent to $119.11 during afternoon trading in New York on Wednesday this week. The company has seen it’s stock price gain 12 percent so far this year.

Despite this warning, both railroad executives maintained that their companies will display growth in the next year, but are receiving fewer shipments from retailers due to an increasing reliance on trucks.

Jonathan Gold, Vice President of Supply Chain and Customs policy at the National Retail Federation explained to the International Business Times: “Intermodal moves are growing but a majority still moves via truck.”