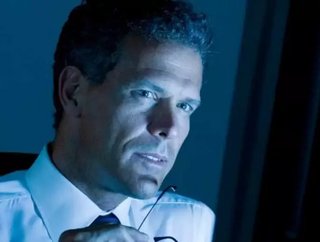 Confidence amongst UK Logistics providers has fallen by five percent in the second half of 2012, with many expecting a worsening outlook, according to...

Confidence amongst UK Logistics providers has fallen by five percent in the second half of 2012, with many expecting a worsening outlook, according to the latest UK Logistics Confidence Index by  Barclays and Grant Thornton.

The H2 2012 Index score of 52.5 is down by five percent from the first half of 2012, showing a decline in confidence as consumer demand, margin pressure and fuel costs continue to be major areas of concern.

Those surveyed predicted a continued challenging outlook, where a majority of 42 percent stated that they do not foresee business conditions changing over the next six months. A further 41 per cent expect conditions to be somewhat more difficult or much more difficult – a 58 per cent increase compared to the first half year.

Despite the challenges, the Index survey results display an overall optimistic view of 2013; with the majority expecting an increase in profits (52 percent), headcount (37 percent) and CAPEX spend (57 percent) over the next six months.

In order to achieve future growth plans, almost half of those surveyed (49 percent) will focus on winning new contracts and maintaining their existing client base (48 percent), followed by cost control (39 percent). A major element in achieving these goals will need to be a focus on real value-added opportunities in the long-term, such as innovative and differentiated services.

Innovation is a key differentiator in the industryand many logistics providers are starting to put this high on their agendas. Over half (55 percent) will be implementing new innovative supply chain solutions over the next six months with a further 19 percent actively reviewing options. The two main areas of focus identified will be investment in IT (28 percent) followed by collaborative solutions (24 percent).

The majority of respondents believe there is still efficiency to be achieved through greater collaboration, however it is a lack of understanding by their customers that is restricting real progress in this area. Two thirds (66 percent) of respondents believe manufacturers and retailers only understand to a limited extent the benefits of supply chain collaboration, whilst 23 percent state they don’t fully understand at all.

Rob Riddleston, Head of Transport and Logistics at Barclays said; “Logistics businesses have often been viewed as “commodity” type providers by their customers, and therefore the development and offering of new services across the entire supply chain will help to change this perception. Greater opportunities in collaboration exist, but the challenge is getting the much needed buy-in and change amongst all customers.”

Contract terms are also an area of concern for logistics providers. Over half (62 percent) believe commercial terms on contracts in the last six months for new business won, lost or tendered are somewhat less favourable or much less favourable when compared to previous, existing or similar contracts. This therefore adds further pressure to logistics providers’ margins.

Further to collaboration and innovation, many view greater consolidation in the industry is needed. Of those surveyed, 27 per cent are either likely to make or will be making acquisitions over the next six months, whilst 13 per cent are either actively reviewing or will make disposals.

Philip Bird, Director, Corporate Finance at Grant Thornton said; “We anticipate further mergers and acquisitions activity in the logistics sector in the short-term driven by several factors - the need to achieve scale, geographic expansion and further service offerings in order to be able to offer end-to-end solutions for customers."