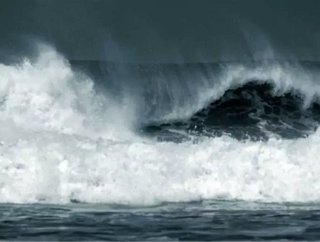 Follow @JosephWilkesWDM A typhoon soon to hit South China has dealt a blow to sea freight and rail freight companies delivering in the region as all se...

A typhoon soon to hit South China has dealt a blow to sea freight and rail freight companies delivering in the region as all services are suspended.

Shipping and train services on the Qiongzhou Strait, connecting south China's Hainan and Guangdong provinces, have been suspended as Typhoon Utor approaches.

Utor is expected to move across the northern part of South China and hit coastal areas between Hainan and Guangdong Province from tomorrow (Wednesday) night.

Since 7am this morning, shipping services on the Qiongzhou Strait have been closed and trains that will pass through the affected area been suspended.

The typhoon, named Utor (known as Labuyo in the Philippines, which is also a word for a super hot chilli found in the country) has already hit the Philippines, displacing more than 100,000 people from three cities in 14 provinces.

Rescuers were still working today to clear blocked roads to remote towns directly hit by the typhoon in Aurora province, north-east of the capital, Manila.

Some domestic flights on Monday were also cancelled, as well as passenger and ferry trips.

In the island province of Hainan, gales and heavy storms are expected to sweep the province from Tuesday to Wednesday, according to the provincial meteorological bureau.

The bureau has required relevant departments to prepare for Utor as soon as possible.

The meteorological observatory of Guangxi Zhuang Autonomous Region, neighboring Guangdong, on Tuesday also issued an orange alter and initiated an emergency response for Utor, as the typhoon may hit areas from Beihai City to Yulin City on Tuesday morning.

China has a four-tier color-coded weather warning system, with red representing the most severe weather, followed by orange, yellow and blue.

Seaside bathing and sea travel in the affected areas may be canceled.