Can India survive a disaster? 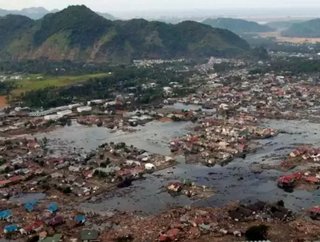 Supply chains and businesses around the world are taking notice of the Japan disaster, implementing strategies and safeguards into their business plans...

Supply chains and businesses around the world are taking notice of the Japan disaster, implementing strategies and safeguards into their business plans to ensure they can survive should disaster strike.

An interesting piece in Business Today last month suggested that entire countries should take notice of supply chain disasters and take appropriate actions. The piece states that India is at the most risk of a supply chain meltdown.

Dr. Pradeep Bery thinks a solid infrastructure within Japan allowed the country to avoid total collapse. India, however, might not be so lucky.

“The Japanese were totally unprepared for anything on this scale, even though they had built the nuclear plants taking into account earthquakes and tsunamis,” Bery told Business Today. “If a disciplined and high-technology society like Japan can be overwhelmed, how ready is India to face unknown risks and natural calamities?”

The article states that while India has seen disasters cripple the nation (terrorist attacks and floods, mostly), those disasters pale in comparison to the challenges faced by Japan.

One way India can help itself avoid a supply chain disaster is to learn from the past. Susan M. Cischke, Ford’s Vice President for sustainability, environment and safety engineering, thinks the global economic downturn late last decade has helped countries and companies ready themselves for the Japan disaster.

“The financial crisis of 2008 taught us a few things. We also learnt to know our suppliers better; we came to know more about a supplier's operation than the supplier itself,” Cischke told Business Today. “This came in handy when the earthquake and tsunami hit Japan. Our operations have not been affected so far.”

India is an emerging economic power, and plays a major role in the global supply chain. But the country has a long ways to go to ready themselves for a disaster on the scale of the recent Japan earthquake and tsunami.

As former Intel CEO Andrew Grove says to close out the Business Today article, “Only the paranoid survive.”

That’s probably the best lesson India can learn from Japan.