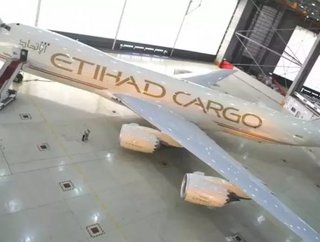 Follow @SamJermy and @SupplyChainD on Twitter.Sanad Aero Solutions GmbH (Sanad), a wholly-owned subsidiary of the Mubadala Development Company, has incr...

Sanad Aero Solutions GmbH (Sanad), a wholly-owned subsidiary of the Mubadala Development Company, has increased its leasing portfolio of spare engines and components with Etihad Airways through the addition of new assets valued at $100 million.

This includes spare GEnx and GP7200 engines and spare landing gear and nacelles, to support the airline’s growing fleet of B777, B787, A320 and A380 aircraft.

James Hogan, Etihad Airways President and Chief Executive Officer, said: “This latest financial agreement builds on the growing relationship between the two companies, enabling us to benefit from existing synergies, maximise the economics of our assets, and lease spare engines and components at very competitive costs.

“Last year 21 aircraft joined the fleet, including our first A380 and Boeing 787 Dreamliner aircraft. With another 16 Airbus and Boeing aircraft scheduled for delivery in 2015, it’s vital that we have the recommended level of inventory to keep our fleets fully serviceable at all times.”

Troy Lambeth, Chief Executive Officer of Sanad, said: “We are delighted to expand our leasing portfolio with Etihad Airways and extend our long term support to its fleet as it continues to grow. Our relationship with the airline continues to drive our shared mandate in creating a global aerospace hub here in Abu Dhabi and we look forward to further collaboration as a long-term partner in the airline’s record growth.”

The prestigious awards are voted for by the industry and recognise outstanding achievement in the aerospace sector, with Etihad Airways claiming the coveted ‘Airline of the Year’ title.

The awards follow a milestone year, which saw the national flag carrier quantum leap its level of growth, innovation and service.  In 2014 the airline launched 10 new routes including three in North America, and injected significant investment into new equity partnerships.