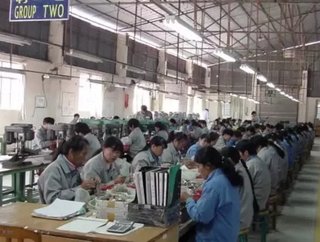 The days of China being a cheap manufacturer and shipper of goods may be coming to an end. With workers wages predicted to increase 80 percent over the...

The days of China being a cheap manufacturer and shipper of goods may be coming to an end.

With workers’ wages predicted to increase 80 percent over the next five years, cheap labor will drive products’ prices up. That will have an adverse effect on the global supply chain, as consumers in the United States are heavily reliant on China’s cheap labor.

“What we will have for the next 30 years is inflation,” William Fung, managing director of Li & Fung, told the Wall Street Journal. “A lot of Western managers have never coped with inflation.”

It looks as if China’s seemingly endless workforce may be reaching its limit. Before, when employees demanded higher wages in China, new workers were brought in who worked for the same amount or less, which kept costs down.

But with family-planning policies in the country taking their toll, a once limitless workforce is coming to an end, which will in turn drive prices in the United States up.

The wage gap between China, an emerging economic power, and other developing countries is shrinking, according to Fung.

“China was the thing that kept the price low,” Fung said. “China was the benchmark. With the China price rising, everyone else wants to raise prices.”

Fung continued to say that consumers won’t be as active with higher prices, which could mean that people in the United States and other developed Western countries may have to adopt “new consumption trends.”