S&P: Amazon delivery not a threat to 3PLs in "near-term" 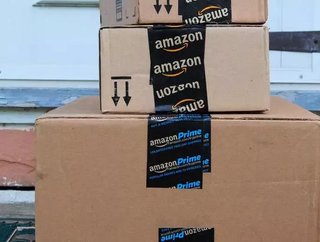 The giants of the third-party logistics (3PL) world should not see any move by Amazon into the delivery market as a near-term threat. That’s accordin...

The giants of the third-party logistics (3PL) world should not see any move by Amazon into the delivery market as a near-term threat.

That’s according to ratings agency Standard & Poors, which has reacted to reports that the ecommerce giant is establish its own in-house delivery function.

Some experts said that traditional 3PL players such as FedEx and UPS would should see the reports as a “salutary warning”.

But in a release S&P has said any moves into the delivery market would not be a significant threat to 3PLs, at least in the short-term.

“We see Amazon's reported test, which follows similar articles last October, as a potential way for it to leverage its volume and logistics infrastructure to generate revenue and help lower its huge ($21.7 billion in 2017) shipping costs by selling empty space on the trucks that it is already using to meet its own transportation needs,” said the ratings agency.

“Another benefit of the programme would be to offer a closer linkage between its wholesale and retail customers. Given the massive scale, global networks, and strong competitive positions of FedEx and UPS (and that Amazon relies on them to move many of its packages), we do not see this limited test as a near-term threat to either company.

“However, we believe that the long-term implications are less clear and could evolve into a more serious challenge if it undermines market pricing or materially changes the bargaining position of Amazon relative to the established package carriers.”