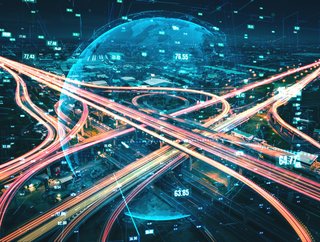 Supplier data specialist Scoutbee has released its latest analysis of how supply chains have been impacted by the ongoing war in Ukraine.

Scoutbee concludes that the war in Ukraine "will push fragile supply chains to the brink and cause longer-term disruption and supply shortages for many industries.”

The following is Scoutbee's sector by sector breakdown of the effects on supply of Russian President Vladimir Putin's invasion of Ukraine.

Russia’s invasion of Ukraine could reduce the global production of new cars and trucks by millions.

In the short term, it is expected to impact local production, rippling out into the entire automotive industry the longer the conflict continues. This could exacerbate rising inflation and force vehicle prices even higher.

Other impacts could include the shortage of supplies.

“Wire harnesses, which act as a vehicle’s wiring system, are among the first components to be installed in a new vehicle, and their absence brings assembly lines to a grinding halt,” says Scoutbee.

Germany halted its certification of Nord Stream 2,  the 1,234-km natural gas pipeline from Russia to Germany, and the EU is looking to cut its dependence on Russia for its gas supplies by 80%,. Many leading oil and gas companies - including BP, ExxonMobil, and Shell - have ceased supplier operations in Russia.

Scoutbee says that as oil and gas are essential to many supply chains, "disruptions to such vital resources will have wide-ranging economic repercussions.”

Locally, the likes of Airbus and Boeing (Russia’s main suppliers) have withdrawn from operations in Russia. The two companies supply more than 600 aircrafts between them.

“It is not clear how long it will take until airlines’ supplies of spare parts run out," says Scoutbee. "It could be weeks or months,”

It added: “As with most commercial aircraft today, the majority of Russian airlines’ planes are owned by leasing companies in the West. Most leasing companies have already written to their Russian clients, demanding the return of their planes.”

The war in Ukraine is likely to have an impact on global energy markets, as well as affecting semiconductor shortages and prices.

Ukraine and Russia are top suppliers of neon gas, which is used in the lasers for chip manufacturing. Russia is also a major producer of palladium, a rare metal used in computer components, sensors and fuel cells. This could have significant implications on the already strained global supply chain for semiconductors.

Electronics manufacturers also need to procure nickel for the production of batteries. With Russia supplying 20% of the world’s high-grade nickel, this could cause a rise in prices, which are likely to worsen the longer the conflict continues.

With Russia and Ukraine being core suppliers of metal, raw materials, chemical products and machinery, lack of access and production of these materials is likely to significantly impact the global construction industry.

Prices will increase and markets will need to seek out other sources and alternative supply chains. Also, Russia supplies 30% of Europe’s oil and 40% of its natural gas. Materials used in construction containing petrocarbons or in energy-intensive manufacturing will be hit by increased inflation.

Scoutbee says: “The higher price of oil and gas is also going to have an effect on the costs of production as well as the transportation of equipment, materials and project parts. Military action could restrict shipping in the Black Sea.”