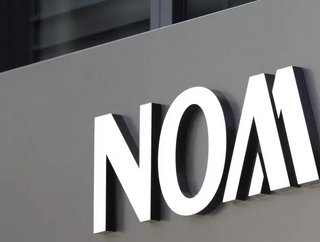 At the start of the third quarter, China’s economic data isn’t looking good

As we reported in Supply Chain Digital earlier this week, climate change is throwing a wrench into the works of global supply chains. Nowhere is this more apparent right now than one of APAC’s largest hubs—China. According to CNBC, economists have sharply cut their Chinese GDP projections following travel restrictions, lockdowns, and extreme floods that have destroyed transport, machinery, and crops.

‘We believe the rainfall and flooding will have a material impact on business activity and inflation in the short term’, Nomura analysts explained to their clients. In addition, China’s Henan central province, home to manufacturing centre Zhengzhou—which produces grains, raw materials, and electronics such as iPhones—has faced some of the worst of the recent downpours.

What Are The Numbers?

‘The Chinese economy continued to lose steam in July’, report Su-Lin Tan and Orange Wang in the South Morning China Post. ‘Key economic data for the start of the third quarter fell short of expectations’. Indeed, Nomura Holdings has cut its yearly Chinese GDP growth forecast from 8.9% to 8.2%, mirroring the moves of foreign banks, including Goldman Sachs, JPMorgan, and Morgan Stanley. Here are the digits:

As Colm Quinn from Foreign Policy puts it, ’recent news makes for grim reading’. Floods in Germany and Iran, high temperatures in Turkey, Japan, and Ireland, and forest fires in North America and Russia have made for uncertain conditions in global markets. In addition, COVID has caused global unrest as it exposes deep racial, social, and economic inequalities.
But China, unlike many other countries, is one of the world’s largest exporters of goods. So what does the country intend to do about the recent flooding—and how will it recover? We’ll keep covering the story. But the combined impact of COVID-19 and the Henan floods has made its current economic performance ‘unstable and uneven’, according to NBS. It remains to be seen whether the country can recover—and whether foreign companies will ever regain their confidence in their supply chains in APAC.