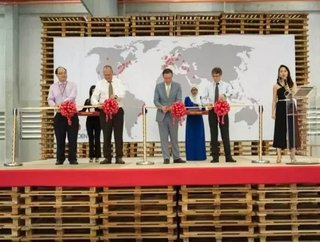 The extension has increased the terminal's logistics capacity by 45 per cent. The extra capacity will be taken up by new logistics contracts with three chemical producers; Borouge, Evonik and Lanxess. This should generate combined revenues of about $250 million over the next five years.

Moreover, the contracts are expected to create 50 to 60 new jobs in Singapore by March next year.

The 162,000 square metre terminal is equipped with silos and packaging lines. Clients introducing new products in the region can also tap in to Katoen Natie's pre-marketing logistics.

Koen Cardon, the Chief Executive of Katoen Natie Singapore, said: "Before the start-up of a new production plant on Jurong Island, Katoen Natie will work with the customers to import the product into Singapore to blend and pack for shipping from Singapore.”

The new building is being mounted with a 1.2 Megawatt solar power system on the rooftop which is intended to produce enough power for all the processing activities within the terminal.

"The petrochemical output of Jurong Island has already surpassed the total production output of countries such as Brazil, France, Canada, the Netherlands and Belgium." Cardon told some 120 guests at the ribbon-cutting ceremony yesterday. Among those attending were Antwerp Mayor Bart De Wever.

Cardon said: "This expansion is probably the largest single-step expansion in the 160-year history of our company.”

More information on Katoen Natie can be found at: http://www.katoennatie.com/other/latest-news/opening-ceremony-of-our-jurong-logistics-terminal-phase-4/