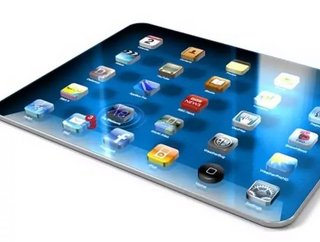 Click here to read this article and more in the magazine edition!

IBM announced a definitive agreement to acquire Emptoris Inc., a provider of cloud and on-premise analytics software that brings more intelligence to procurement and supply chain operations with spend, supplier and contract management for Smarter Commerce.

The acquisition is the latest addition to IBM’s Smarter Commerce initiative, launched in March 2011, which is aimed at helping companies respond to shifting customer buying patterns.

According to unnamed supply chain sources cited in DigiTimes, Apple is planning on releasing the latest installment in its popular iPad series of tablets within the next two to three months.

Supply chain sources are confirming that production volume will be slightly under 10 million units during the first quarter of 2012, while an additional four to five million next-generation iPad tablets are projected to be produced during Q2.

While the iPad ‘3’ news seems cut and dry, there are a growing number of conflicting reports surrounding Apple’s plans. The Mac Observer has written several stories on the topic, which include iPad 3 screen resolution figures from 2048 x 1536, while others sources say a 7” screen with the current 1024 x 768 resolution is a possibility.

In the type of meeting that could have mimicked a scene from The Godfather, four CEOs of major European rail companies met in Berlin, tasked with working out details on international freight rail lines.

Under the impulse of the Community of European Railway and Infrastructure Companies (CER), the four companies agreed on a joint position which will be actively promoted to policymakers and national infrastructure managers.

4. Outsourcing continues to increase in China

There are certainly a number of risks when outsourcing to China, but that hasn’t stopped a plethora of companies from making the rapidly growing nation a preferred outsourcing destination.

5. RIM writes of $485M worth of overstocked inventory

Research In Motion, the manufacturer of the struggling BlackBerry phones and PlayBook tablets, is writing off much of its unsold inventory to help fight a slipping profit margin.

RIM is taking a pre-tax charge of $485 million off of its taxes to account for the slipping value of its PlayBook tablets, which recently saw its price drop from $500 to $200.

Freight rail operations in Afghanistan are expected to start soon after the first train made its journey from Hairatan to Mazar-i-Sharif.

The global healthcare BPO market continues to grow over 20 percent each year, and will reach $330 billion in four years.

Eco-friendly pallet switch is also expected to pay financial dividends to IKEA, which is making the switch from wooden to corrugated cardboard pallets.