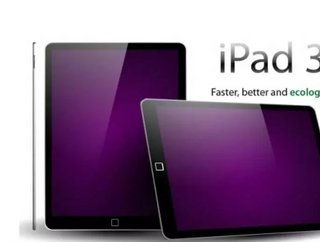 The strength of Apples supply chain never ceases to amaze. This time, all those holiday shoppers who bought iPad 2s in the past couple months will be k...

The strength of Apple’s supply chain never ceases to amaze. This time, all those holiday shoppers who bought iPad 2s in the past couple months will be kicking themselves.

Component suppliers confirmed to Digitimes that Apple will begin shipping the so-called iPad 3 in March, but will also be sending out what industry sources in Taiwan called the ‘iPad 4’ in October.

According to the Digitimes report, the iPad 4’s main area of improvement will be on its apps, which the article describes as “killer.” The iPad 4’s display will reportedly measure 9.7 inches.

While Apple might be redefining the phrase “out with the old, in with the new,” there is some good news for those still hoping to get their hands on older generations of the popular tablet computer, who will be able to get the iPad 2 at a discounted price of $399.

The new technology and the price reduction of the older iPad will help Apple continue to fight off competitors, the Digitimes report states. Currently, Sony, Motorola and Samsung all price their tablet computers above $350.

With Google rumored to be entering the market in mid-2012, it will be interesting to see just how the tablet computer market shakes out for the rest of this year. If Apple’s component suppliers are correct, however, and the company does release a fourth-generation iPad, market dominance could once again be right around the corner for Apple.