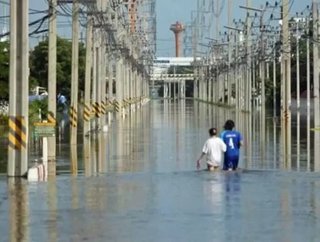 Supply chain news continues pouring in from Thailand, as the countrys northern region is experiencing the worst flooding in five decades. A couple days...

Supply chain news continues pouring in from Thailand, as the country’s northern region is experiencing the worst flooding in five decades.

A couple days after we reported that the Thailand flooding was affecting Honda’s supply chain, reports are flying in that other carmakers are also being impacted.

Honda, Toyota, Ford and Isuzu Motors have all been forced to shut down production plants due to the floods, which have killed at least 281 people. Honda was the hardest hit company initially, as the company closed a plant and evacuated workers at its Ayutthaya production plants, which produce about 240,000 vehicles each year.

According to the Wall Street Journal, Toyota has closed three facilities of its own that are responsible for producing over 500,000 cars annually.

Honda is considering sending parts from Japan to help give its Thailand plants a kick start once work is able to resume, but with floodwaters racing to capital Bangkok, disruption could continue throughout the nation.

While a shift in the automotive supply chain is certainly a possibility, Asian business consultant Sundi Aiyer said that he’s seen signs that automotive companies affected by the Thai floods are rapidly shifting suppliers and transferring inventory to safer locations.

Other car manufacturers with operations in Thailand, such as General Motors and Nissan, have been relatively unscathed by the flooding, but could take a similar stance to what Ford has done. In anticipation of supply chain disruption, Ford suspended production at its Thailand plants to better assess key component supplier impact from the flooding.

Why the Japan Disaster can help supply chains

Other companies in the heavily impacted Rojana Industrial Park include Nikon and Canon, the latter of which said that it wouldn’t be able to resume operations at its printer factory until Friday at the earliest.

With manufacturing plant disruptions and local rice harvests ruined, Thai government agencies predict that the disaster could temper economic growth expectations by a full percentage point. The National Economic and Social Development Board had forecasted a 3.5 to 4 percent growth for 2011.