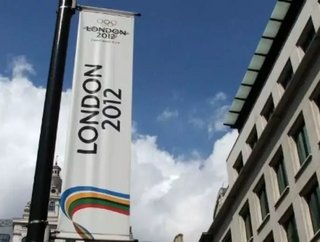 It doesnt seem that long ago that Michael Phelps was rewriting the Olympics record books in the summer of 2008 in Beijing. So its hard to believe that...

It doesn’t seem that long ago that Michael Phelps was rewriting the Olympics record books in the summer of 2008 in Beijing. So it’s hard to believe that in a year that Phelps will be looking for a brilliant finish to a spectacular career in the 2012 Olympic Games in London.

Phelps will be ready, but will local business be prepared for the supply chain and logistics problems that are sure to pop up with such an increase in tourism?

According to a CBI/KPMG London Business Survey, most small- and medium-sized companies don’t feel the Games will cause much of a disruption, despite an expected influx of over five million tourists coming to be in London to attend the Olympic festivities.

The survey states that 40 percent of companies were not confident they were prepared for transport and logistics problems, while a large portion of SMEs expressed no interest in considering the logistics problems that will surely arise during the 2012 London Olympics.

The Games, which begin on July 27 and end on Aug. 12, are also expected to cause road closures, delivery problems and staff absences, which would all negatively affect local businesses.

Olympic organizers are trying to ease the strain on London’s transport system by encouraging companies to consider flexible working arrangements that would allow staff to work from home.

“A lot of [the lack of preparation] is due to the fact that we are not quite sure what we are looking at in a year’s time,” Richard Reid, London chairman of KMPG, told the Financial Times.

They’d better figure it out quickly. SMEs are some of the most fragile businesses, and any lack of preparation for the logistics problems that will pop up in a year could damage the London economy during a tenuous rebuilding stage.