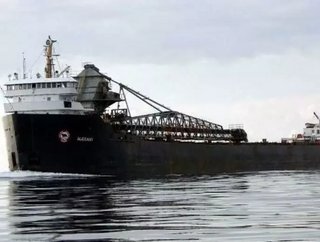 A forgotten link to successful North American trade, the cargo lanes in the Great Lakes and St. Lawrence River are an extremely valuable commodity for...

A forgotten link to successful North American trade, the cargo lanes in the Great Lakes and St. Lawrence River are an extremely valuable commodity for supply chain and logistics managers. One report sought to find just how valuable Great Lakes shipping is, and the numbers are pretty staggering.

Cargo shipping through the waters supports 227,000 jobs and adds billions into the United States and Canadian economies, helping steelmaking, farming, construction and energy companies in the process. The Martin Associates study also says that shipping over water saves roughly $3.6 billion each year as opposed to freight forwarding options.

“This report bears out what we’ve long known – that the Great Lakes-St. Lawrence Seaway is crucial to the U.S. economy,” Transportation Secretary Ray LaHood told the Wall Street Journal.

LaHood continued to say that shipping over water is “the single most fuel-efficient and cost-effective way to haul goods from one place to another.”

The industry as a whole employed 92,923 people as dockworkers or ship crew members, and generated an additional 66,005 jobs through business in the region. The report also credited procurement and purchasing jobs at marine terminals and ports with supporting another 67,905 positions.

According to the report, more than 160 million metric tons of cargo are transported over the network each year. The trade lanes extend 2,300 miles from the Atlantic Ocean to an extreme western Lake Superior port in Duluth, Minn.

Among other things, the study found that ocean freight ships contribute far less to regional economies than regional ships trading on the Great Lakes Network.

“They enable our farmers to export grain and sell their products overseas,” Fisher said. “They’re essential to helping our manufacturers compete overseas.”

Great Lakes shipping has its opponents, however. Thom Cmar, an attorney for the Natural Resources Defense Council, called the report “extraordinarily one-sided.”

“It’s undeniable that shipping has a big economic footprint, but the better question is what are the alternatives and what are the investments that need to be made going forward to deal with the downsides of shipping,” Cmar said.