REPORT: Is China stepping up to higher value software? 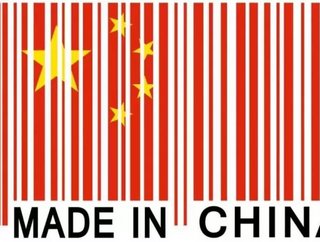 Follow @SamJermy and @SupplyChainD on Twitter.Chinese businesses are stepping up to higher value and quality manufacturing than the rest of the world. T...

Chinese businesses are stepping up to higher value and quality manufacturing than the rest of the world. They report greater effectiveness, higher software investment and responsiveness through collaboration and social media, according to a new research study by Redshift on behalf of Epicor Software.

89 percent of Chinese organisations have made a significant investment in core business systems such as ERP software in the last two years according to the study, compared to 55 percent in the UK and just 43 percent in Singapore.

Chinese organisations also claim to be leading the market in their ability to make responsive decisions, with 85 percent saying their business is either quite or very responsive; the highest of all ten countries surveyed. This compares with 65 percent in the UK.

Equally, ERP software which used to manage business operations, is perceived as more effective and important in China. 97 percent of Chinese businesses said ERP was important or highly important compared to a low of 67 percent in Germany. And more respondents in China considered their ERP functions to be ‘state of the art’ than anywhere else; 23 percent compared to only 11 percent in the UK.

Chinese businesses also seem the most likely to make use of social media and collaboration tools to improve their performance in the future. 80 percent in China said these tools will be important to their business compared to 52 percent in the UK and a low of just 23 percent in Finland.

Commenting on the research, Steve Winder, Vice President for UK and Eire at Epicor Software, said: “Chinese businesses are clearly stepping up to deliver higher value products and services as they seek an increasingly key position on the world stage. Across our research the country stood head and shoulders above all others in terms of their attitude to improving business performance.

“In the future we could see China become a leader in manufacturing quality because they are adapting faster and investing more in up to date technology, including modern ERP software.

“ERP systems need to facilitate easy collaboration and give users choice of access to their systems from any place or device. ERP also needs to be simple so that people can understand and interpret information and systems have to be responsive to allow people to access information when they need it.”

The Epicor/Redshift research was conducted in summer 2014 among more than 1,500 business professionals working in organisations using ERP with over 100 staff across 10 countries. Nearly half were working in the manufacturing industry, with approximately one-third coming from distribution and logistics companies, and under one-third in retail companies. The remaining participants were service sector companies.