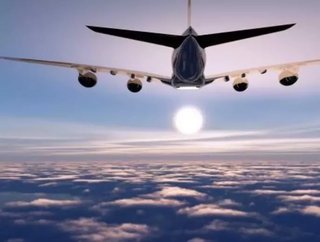 IATA have recorded a rise in global air freight demand for January 2013, showing a stabilization of air freight markets on the back of encouraging grow...

IATA have recorded a rise in global air freight demand for January 2013, showing a stabilization of air freight markets on the back of encouraging growth recorded at the end of last year.

Demand for air freight was ‘very strong’ in comparison to the previous year according to a statement by IATA, which recorded a rise of five percent.

Whilst the timing of the Chinese New Year (which occurred in January 2012 however took place in February this year) may have skewed results slightly, the adjusted results show demand growth of around three percent for Asia-Pacific carriers, along with a demand increase of 16.3 percent for Middle Eastern Airlines. North American and European Airlines saw a more modest growth compared to January 2012, growing by 0.6 and 1.2 percent respectively, with African airlines reporting a demand increase of 3.7 percent. Latin American airlines were the only regional grouping to report a fall in demand, with a 1.6% decline on the previous year

“The air freight business is showing some encouraging signs. But it’s too early to be overly optimistic. While the decline has stopped, overall volumes are still below the levels of 2010 and 2011. Load factors are low. And the global economy is fragile. Our forecast remains for modest demand growth of 1.4%. But with weak load factors, yields are going to continue to be under severe downward pressure,” said Tony Tyler, IATA’s Director General and CEO.

On 12 March the world’s air cargo leaders will gather in Doha, Qatar for the World Cargo Symposium. “The challenge is sustainable business growth. Headwinds presented by the fragile global economic situation are strong.  But if governments and all the players of the value chain are aligned, there is much that can be done to improve the competitiveness of the global air cargo industry.  Infrastructure, technology, environment, security and industry processes are among the symposium’s topics,” said Tyler.

“Air cargo is important to the global economy and everyday life. By value, nearly a third of goods traded internationally are shipped by air. Jobs and economic opportunities are created by connecting goods to markets. And lives are enriched by the global trade of products and services which is made possible by air connectivity.  Supporting the sector’s success is in everybody’s interest,” said Tyler.