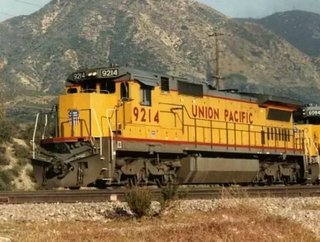 The outlook for shipping companies is always a little depressing in a recovering economy, but Union Pacific CEO Jim Young is happy with the performance.

“While the economic outlook is uncertain, we’re optimistic about the future for Union Pacific,” Young said in a statement.

Profit increased to $904 million for $1.85 a share, which topped the $1.81 average 25 analysts predicted in a Bloomberg survey. Last year, Union Pacific reported third-quarter earnings of $778 million.

The company’s Class 1 railroads, which are the biggest in North America in terms of sales and led by Union Pacific, saw carloads increase by 1.3 percent in the third quarter, meaning shippers transported more goods. That’s good news for the economy, as freight traffic is seen as an economic bellwether of sorts.

Based in Omaha, Neb., Union Pacific operates freight rail and passenger lines throughout most of the middle of the United States. The company has reached its position as the largest railroad network in the country thanks in large part to purchases of Missouri Pacific, Chicago and North Western Pacific, Missouri-Kansas-Texas and the Southern Pacific rail lines.