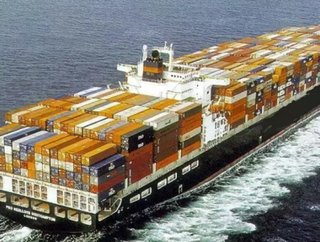 The Office of Foreign Assets Control (OFAC) issued an advisory July 19, 2012, to the maritime industry that the Islamic Republic of Iran Shipping Lines...

The Office of Foreign Assets Control (OFAC) issued an advisory July 19, 2012, to the maritime industry that the Islamic Republic of Iran Shipping Lines (IRISL) has been operating vessels despite the revocation of their required flags.

According to OFAC, several countries have refused to issue or revoked the issue of flags to IRISL and affiliate vessels because of their refusal to comply with international sanctions. Sierra Leone, which revoked its flag for Irano-Hind OFAC vessel AMIN on June 25, 2012, is the latest in a series of countries doing the same.

The U.S. Treasury Department said the IRISL has been evading sanctions through “deceptive practices.” Sanctions were put in place in 2008 for “facilitating the transport of cargo for U.N. designated proliferators,” and for falsifying documents, according to Stuart Levey, Under Secretary for Terrorism and Financial Intelligence.”

OFAC has warned that maritime authorities should be on the lookout for improperly flagged vessels, or those with fabricated flags and documentation. Vessels are most easily checked for compliance at port control stations and by mobile canal authorities, where authorities are encouraged to employ thorough scrutiny for each IRISL vessel. Rep. Howard Berman, member of the House Foreign Relations Committee, has also sent letters to Tanzania and Tuvalu requesting they cancel their flags allowing Iranian vessels to ship.

The IRISL has a commercial fleet of approximately 170 ships, which carry nearly a third of exports and imports, according to OFAC. Since sanctions were put in place in 2008 , the United National Security Council has also approved sanctions that include the right to inspect, confiscate and destroy Iranian freights if necessary.

The IRISL’s website, www.irisl.net, features some interesting text regarding the company’s vision. “We are a grand group consisting of companies and institutions which competently take advantage of all our capabilities and resources to not only understand our customer demands and expectations but also to offer multi-modal transportation services in the best possible manner and higher quality, conforming to the international standards with the objective of providing value added services and the supply chain management.” It seems that the Treasury Advisory would not believe that Iran has any desire to conform to international standards.