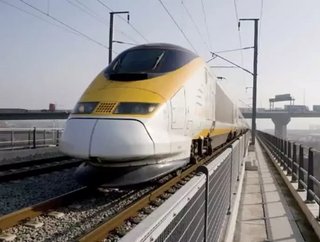 A milestone in European freight rail was reached last Saturday, as the first European-sized freight trains were transported on Englands High Speed 1 ra...

The High Speed 1 line runs from London through Kent to the British end of the Channel Tunnel that connects the UK and France, and allows speeds of 230 to 300 kilometers per hour (143 to 186 miles per hour).

“The rail freight serves is a historic milestone for European rail freight,” DB Schenker Rail (UK) CEO Alain Thauvette said. “For the first time ever, the larger swap bodies as used as standard across mainland Europe were transported to London in a fault-free operation. The UK is now connected to the larger freight railway used across Europe.”

Part of the High Speed 1 line was completed in 2003, with additional track on the high-speed line being complete in 2007. Thauvette said DB Schenker Rail had been conducting trial operations for close to six months.

“We will now deliver larger freight trains travelling from anywhere across Europe on the DB Schenker Rail pan-European network to London,” Thauvette said. “This will increase modal shift (from) road to rail across Europe.”