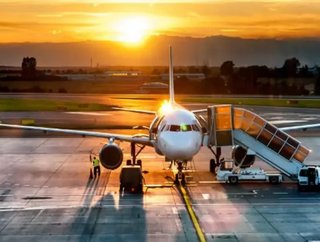 Follow @Staff_SCDeditor Etihad Airways has achieved its strongest second quarter and half-year financial performances on record, largely as a result of...

Etihad Airways has achieved its strongest second quarter and half-year financial performances on record, largely as a result of its global cargo operations.

The national carrier of the United Arab Emirates achieved an eight percent increase in 2nd quarter passenger revenues, generating US$921 million, while total passenger revenues for the first half of 2013 reached US$1.8 billion, a rise of 13 percent

The President and Chief Executive Officer of Etihad Airways, James Hogan, said the company’s Q2 and half year results were achieved despite the continuation of unsteady economic and geopolitical factors, with air fare yields slightly lower for the quarter, compressed by strong competitive capacity growth and resultant price competition.

“Despite the tough global trading climate, we have still achieved record, double digit growth in both Q2 and the first half of 2013,” said James Hogan, president and CEO of Etihad Airways. “This reflects not only the continuing popularity of our Abu Dhabi hub, but the growing maturity of our airline partnership strategy and the strength of our cargo operations, which continue to well exceed industry growth rates.”

The growth in cargo volumes was underpinned by the delivery in of three new freighter aircraft during the second quarter – one Airbus A330-200F, one Boeing 777-200F and the company’s first Boeing 747-8F, which was wet leased from Atlas Air – taking the cargo fleet to nine. Cargo performance was further boosted by increased passenger services, providing more under-floor freight capacity.