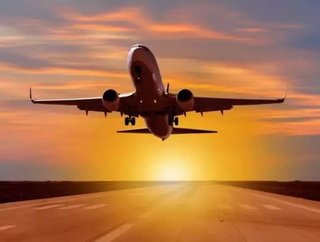 A UK government commitment to building a new runway in the South East of England will give an enormous boost to the UK&#39;s growing firms who are looki...

A UK government commitment to building a new runway in the South East of England will give an enormous boost to the UK's growing firms who are looking to export, the CBI’s President will say in a speech today.

Speaking at the Airport Operators’ Association Conference, Paul Drechsler CBE, will say: “Every day, month and year we delay building a new runway has a price – in lost trade. But a new runway doesn’t just help businessmen and women close deals in faraway lands. It’s about jobs and growth for people and firms right across the United Kingdom.

“To provide the skilled workers, makers and exporters of tomorrow though, we need to push for brave, political leadership today. Our window of opportunity is closing fast. We welcomed the Prime Minister’s commitment to a decision by Christmas, so want to see a clear decision and timetable set by government.

“Anything less would be a continuation of the 'Not In My Generation' approach which got us into this mess in the first-place. We can’t “pass the buck” on Britain’s future any longer. The buck stops here, with us. We are the ones who will have to make this change happen, so it’s crucial we all work together to ‘get it built’.”

“The new runway is not just about British firms signing big deals in faraway lands. ‘Getting it built’ will help Britain’s growing exporters, boosting British jobs up and down the length of the UK.

“In our latest CBI/AECOM 2015 Infrastructure Survey, 41% of all firms – rising to 50% of businesses in London - say that their investment decisions have been directly impacted by the lack of runway capacity.

“With two-thirds of firms seeing links to emerging markets as a priority, it’s time to turn the tide. Connecting these companies - mid-sized firms brimming with potential - to global growth would help them export more and boost jobs right here in the UK.”