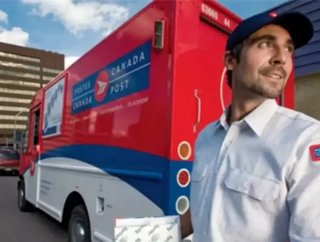 The Canadian Union of Postal Workers has officially given a 72-hour strike notice. The strike could begin as early as 11:59 EDT on Thursday, June 2 if...

The Canadian Union of Postal Workers has officially given a 72-hour strike notice. The strike could begin as early as 11:59 EDT on Thursday, June 2 if the union’s demands are not met by Canada Post.

As the strong possibility of a strike looms, Canadian small business owners have begun evaluating other shipping options.

The convenience and expanse of the internet makes physical bill and letter delivery admittedly expendable.  And those who need to ship parcels have other options, including FedEx and Canadian courier Purolator. But for small businesses, sending things off through independent couriers could be an expensive inconvenience.

“I just placed a shipment and I’m already very worried I won’t be getting it,” Helena Lee, Co-owner of Sudbury’s Grandmother’s Pie Shoppe told the Sudbury Star. “(Using FedEx or Purolator) can be more costly and time consuming.”

If the union decides to strike, Canada will be faced with its first nationwide postal strike since 1997.

SEE OTHER TOP LOGISTICS STORIES IN THE WDM CONTENT NETWORK

How Freight Rail is getting the US Economy Back on Track

Denis Lemelin, National President of the Canadian Union of Postal Workers, threatened to strike after the union rejected Canada Post’s final offer. After meeting with Canada Post officials Monday morning, Lemelin and the CUPW stood their ground, insisting that striking is the union’s only option.

The rejected offer made by Canada Post includes an annual wage increase to a maximum of $26 per hour and up to seven weeks of vacation.

Both sides of the wage disagreement have expressed an unwillingness to budge, but Lemelin did say that the union is willing to negotiate “right up to the strike deadline."

Canada Post spokesperson Anick Losier said that the agency intends to continue working on a solution as well.

“We’ll work until the eleventh minute if we need to. We’ll go as long as the union will come to the table and work with us,” Losier said. “We’re still offering them a pay increase…we’re offering them a better contract than they have today.”

“Your communities are probably going to be the ones that are most impacted by a strike,” Losier said. “Just sheer Internet access—not everybody has it. [In] most of the northern and rural communities, we’re the only ones who are delivering to every single household. We’re the ones who deliver for those major private companies outside of the urban areas.”