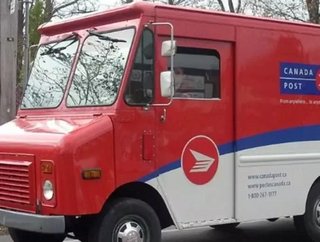 The NFL isnt the only company that has locked out thousands of employees. Canada Post, the Crown-run postal operator, locked out its 48,000 unionized w...

The NFL isn’t the only company that has locked out thousands of employees.

Canada Post workers have worked without a collective agreement since Jan. 31. The main arguments between the Crown and the CUPW stem from a proposed pension plan that would take five more years of service for workers to receive pension, and the government’s insistence on a lower wage structure for new employees.

Adding fuel to the fire is the speculation that Canada Post workers could be forced back to work by a Conservative government’s litigation, which would end the labor dispute at the cost of workers’ right to strike.

“We are supposed to be in a free society with free speech and free negotiations,” Denis Lemelin, president of the CUPW, told The New York Times.

A report in the Vancouver Sun suggested that the Canadian government is intent on moving quickly to end the labor disputes, while The New York Times piece hinted that an end to CUPW lockout might have to wait until next week.

Despite the inactivity of the Canada Post, global shipping companies like UPS and FedEx don’t expect to benefit from what might be a chance to lure customers away.

“I don’t think we view this really as an opportunity,” Pat Stanghieri, vice president of UPS Canada told The New York Times.

In addition to the Canada Post lockout, 3,800 Air Canada workers were striking before a tentative agreement was announced Thursday.