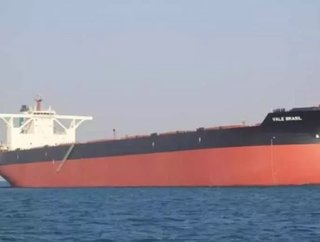 Operations executives have been curious to find out what Chinas role in the global supply chain will look like exactly. News that came out of Singapore...

Operations executives have been curious to find out what China’s role in the global supply chain will look like exactly. News that came out of Singapore today won’t help the cause in the Far East.

Two of the world’s largest iron ore ships are set to arrive in the Philippines for the first time ever next month, as companies are looking to find an alternative directly connecting with the Chinese market.

Both ships are owned by Brazilian mining authority Vale, which is facing uncertain availability in China, where ports have reportedly been closed off to them.

China is the world’s largest iron ore importer, which is Vale’s top market, so the match should eventually work itself out. However, Chinese authorities have yet to fully open their ports to Vale’s giant vessels after some ship owners strongly protested the arrival of one such ship in late December.

Shipping experts aren’t too surprised to see Vale make the move to the Philippines for now.

“I’m not surprised that Vale is sending its ships to the Philippines,” a Singapore-based ship broker told Reuters. “They have no choice with China’s ports still closed off to them. They have to keep these ships moving or face major losses.”