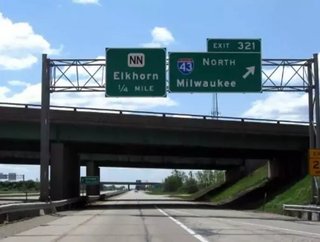 Businesses and companies can talk all they want about how the benefits of outsourcing go beyond monetary savings. To be fair, outsourcing can allow com...

Businesses and companies can talk all they want about how the benefits of outsourcing go beyond monetary savings. To be fair, outsourcing can allow companies to devote more time to focusing on their core business.

But the bottom line is companies outsource to save money. What happens when that’s not the case? You end up with a nasty public relations backlash, like the one the Wisconsin Department of Transportation is facing right now.

According to a local Wisconsin report earlier this week, taxpayers are paying an extra $13.8 million to have private, outsourcing companies do work that state workers are capable of doing.

In Milwaukee County, two pieces of a large interstate renovation project are being worked on by private contractors, which could cost almost $3 million more than using state workers to perform the same task.

Several other smaller projects are costing more with the private contractors, according to the report.

The transgressions of this report are twofold. First, if the report is true, taxpayers are paying millions extra at a time when the national economy is still recovering. And second, outsourcing to these private contractors could be taking jobs out of Wisconsin.

SEE OTHER TOP OUTSOURCING STORIES IN THE WDM CONTENT NETWORK

According to Gottlieb, the Department of Transportation is attempting to fill 50 engineering positions, but is still facing a vacancy rate of 15 percent.

Still, this incident shows why it’s important to save money when you outsource. If word gets out that your company is paying more to outsource, you could end up with an ugly public relations situation, like the one seen in Wisconsin right now.