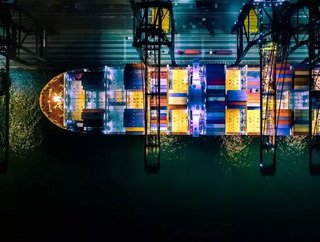 Supply Chain Digital examines WEF’s report “How can we future-proof our supply chains...

As a result of the COVID-19 pandemic, companies in all industries are seeking ways to create more resilience in their supply chains.

It is hoped that the impact of COVID-19 will reduce to a manageable level that will allow normality to return to both personal and professional lives. When this happens, the greatest long-term risk to supply chains won’t be a virus. It will be trade protectionism, which was prominent before the COVID crisis and now threatens to choke off the lifeblood as we need to speed towards recovery.

Since the beginning of the pandemic, protectionism has scaled considerably. Some emergency moves are clearly temporary and were only put in place by governments to ensure access to the medicines, machines and protective equipment required to contain or treat the virus. In other cases, the aim was to guarantee adequate food supplies for local populations.

However, these new measures have been taken against a backdrop of simmering trade tensions between the United States and China and as a result of a growing chorus of voices in the US, Germany and other countries calling to reshore, nationalise or find other sources for key products and industries.

The World Trade Organisation (WTO) has been weakened by a loss of faith in its dispute resolution system and the withdrawal of US support.

“In the current alternate universe we’re living in, global trade is collapsing and the WTO and the liberal order itself are in a true existential crisis,” Bloomberg noted in June.

As global economies emerge as a result of the pandemic, demand is expected to strengthen. As it does, trade flows, carrier schedules and inventory levels will begin to normalise and supply and demand is set to find a new standard.

However, normalisation won’t mean a return to normal. The World Bank anticipates a 5.2% contraction in global GDP in 2020. Advanced economies could shrink by as much as 7%, although they are likely to recover quicker than economies in emerging or developing countries.

Trade, which accounts for 54% to 60% of global economic activity in recent years is expected to retreat even further. The WTO expects a drop in global trade flows of 13% to 32% in 2020.

The new age of protectionism will significantly scale the cost of goods at a time when we are experiencing historic levels of joblessness, poverty and business failures on every continent. Protectionism is expected to make supply chain resiliency harder to attain, not to mention more expensive. The first step towards resilience is diversification of sources and suppliers. For many, it means a reduction in reliance on China, which consists of 28% of global manufacturing.

But reducing the reliance on China is not as simple as it seems. 40 years after it started modernising, China holds advantages that nowhere else has. It has unmatched scale, abundant skilled and unksilled labour, state-of-the-art automation, engineering and sciences, world-class infrastructure and logistics, closely synchronised and integrated supplier networks in country and across Asia. Leaving China would mean giving up on the world's largest consumer market and an economy increasing twice the rate of the US prior to COVID-19.