Top 6 Predictions for 2012 European IT Outsourcing 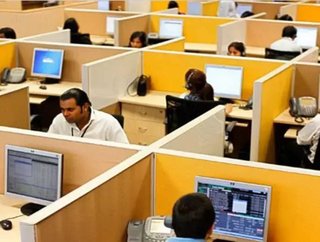 Ciklum, a Danish innovative IT outsourcing company specializing in nearshore software development in Eastern Europe, presented a general review of the...

Ciklum, a Danish innovative IT outsourcing company specializing in nearshore software development in Eastern Europe, presented a general review of the most thought-provoking predictions for the European IT Outsourcing Industry in 2012.

The year 2011 has seen both an extensive use of ITO services in traditional niches such as IT and Telecom, and a rapid penetration of ITO into the innovative lucrative niches such as digital media, mobile computing, online gaming and others.

While it is yet too early to make any forecasts for the 2012 European ITO market volume, increase or decrease in outsourcing activity and the overall IT spending, it is still possible to identify some of the trends that will most likely be ruling the market throughout this year:

Recent European ITO research conducted by IT Sourcing Europe reports lack of domestic resources and slow time to market (TTM) as some of the key factors that are likely to influence corporate sourcing decisions in 2012. The latest Report on the European STEM (Science, Technology, Engineering and Math) skills by BusinessEurope generally supports IT Sourcing Europe’s findings. For instance, Germany was lacking around 88,000 employees with ICT skills in 2011 and 77% of the Austrian companies reported difficulties in recruiting talent in the technology field in 2010. On the pan-European scale, the estimated shortage of qualified ICT staff is expected to reach almost 400,000 jobs by 2015.

IT Sourcing Europe’s latest surveys of the European non-outsourcers demonstrate that in most of the EU countries companies would transfer their IT support / development nearshore rather than offshore if they make such a decision in the near future.

3. ITO service providers will be challenged to offer their clients innovative business models

According to IT Sourcing Europe’s research, a cumulative of 56 percent of today’s in-house development companies polled admitted that innovative engagement models were very important or somewhat important determinants in their future choice of the ITO partners.

By offering innovative service delivery models, ITO providers will be able to fix some of the most critical issues that faced the European ITO buyers in 2011, such as insufficient communication, hidden agenda and delayed delivery.

As more innovative models such as Own Agile Development Team show up, the entire outsourcing concept will most likely change: ITO buyers will be able to in-source innovation and technology expertise while outsourcing processes. This will allow them to enhance and update their in-house knowledge and capabilities and nurture their own pool of highly motivated and loyal cross-border IT staff. In addition, ITO buyers will finally get rid of the concerns related to the loss of managerial control of own IT projects (which is the case in many traditional project-based ITO models).

4. The buzz around cloud will most likely die out

According to CIO.com’s predictions, IT leaders will be looking more critically at the risks and value of cloud-sourcing in 2012. It is expected that more rigid firm policies on cloud regulation will be developed, and companies willing to cloud-source their solutions will scrutinize the privacy laws in the countries to house the data. This will undoubtedly force Central and Eastern European nearshoring hubs to considerably revise and modify their existing data safety laws, but it will not happen in the foreseeable future as if by magic. That being said, no major progress towards cloud-sourcing will be seen throughout 2012.

Central and Eastern European ITO providers focused on winning the market share rather than “skimming the cream” off short-term Service Level Agreements will slowly but surely be building strong infrastructure capabilities in order to move beyond application development and maintenance work. As a result, 2012 will see more EU companies setting up their IT departments nearshore with ITO providers able to offer the EU-level IT infrastructure and a mutually beneficial networking with other clients. That being said, ITO providers acting as separate High-Tech parks and/or customer-specific Innovation Labs will have a better chance to win clients in 2012 than their “old school” competitors.

6. Increased Backsourcing activity will be observed

More than 10% (cumulative) of the EU IT outsourcers polled reported backsourcing (i.e. bringing outsourced operations back in-house or to a different service provider onshore and/or nearshore) their operations in 2011, according to the “Pan-European IT Outsourcing Intelligence Report 2011.” In 2012, more companies are expected to pull the trigger on this in search of more transparent pricing options, better access to resources and engagement models’ maturity. This generally suggests that the European ITO service providers should be on the watch for backsourcing companies as they can be a good addition to their client portfolio.