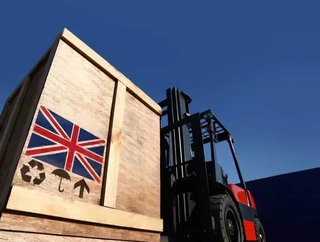 One in six (17 per cent) of UK manufacturers have identified supply chain disruption as being the single biggest factor that will impact their business...

One in six (17 per cent) of UK manufacturers have identified supply chain disruption as being the single biggest factor that will impact their business post Brexit.

A new report from Sheffield Hallam University and SSG Insight has found that 83% of British manufacturers are now preparing for a hard Brexit scenario by actively forging new relationships with “Rest of World” (RoW) territories, a move that will place new demands on supply chain networks and logistics providers.

Orders from EU-based countries are expected to take a dramatic decline following Brexit, prompting nearly half (44%) of manufacturing companies to identify Asia as a focus area for the future, as well as the Americas, Africa and the Middle East.

When considering the implications on the supply chain for doing business with RoW territories, cultural and language differences have been raised as a major concern for more than a quarter (28%) of UK manufacturing companies.

This figure compares to just 6% concerned with the actual process and logistics of transporting products via sea or air.

Within global supply chain networks, lack of defined legalities around product standards and specifications have been highlighted as a problem area, with tariff barriers and a lack of trade agreement adding to the complexities.

The report reveals that manufacturers are more than twice as likely to point to global competition than Brexit when asked what they consider to be the biggest challenge disrupting industry, closely followed by the Internet of Things and capability to handle data from connected technologies.

More than half (59%) of UK manufacturers are intending to invest in smart, connected technology to drive forward international growth.

Dr Zhang, Principal Lecturer at Sheffield Hallam University, said: “British manufacturers have undeniably faced tough economic times in the past, but they are now at a critical juncture. Whilst Brexit-ambiguity is having an unsettling effect on the sector, our research has found that it could prove to be the catalyst for manufacturers and logistics firms to digitally transform and better compete worldwide.”