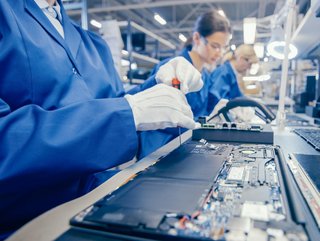 An unprecedented wave of investment in physical assets across enterprises could be hampered by inefficient supply chains and outdated project delivery systems, warns McKinsey.

In a new report, McKinsey says the world is set to see “a once-in-a-lifetime” wave of capital spending on physical assets between now and 2027 around US$130tn, as businesses seek to decarbonize, renew critical infrastructure and invest in mitigating supply chain risk by -among other things - reshoring.

But it says that few organisations are ready to deliver on this capital influx with the speed and efficiency that will be required.

A co-author of the report is Steffen Fuchs, a Senior Partner with McKinsey, who leads its global work in capital productivity, with a focus on digital and innovation. In the report, Fuchs says many organisations “are burdened with inefficient supply chains and outdated project delivery systems.”

It points out that justifying the cost of a physical asset such as a manufacturing plant is far more difficult than in the past, because of inflation, sustainability requirements and step-changes in technology and regulations.

The report cites the example of semiconductor supply chains, and how pandemic-fuelled disruptions here have prompted businesses to invest heavily in projects to help them become more self-sufficient in chip production.

One example of this came in January 2022, with Intel announcing a new $20 billion factory outside Columbus, Ohio. The company also expects to construct a multibillion-dollar chip plant in Germany, with supporting facilities to be built in France and Italy. The Taiwan Semiconductor Manufacturing Company, meanwhile, plans to build new wafer fab plants outside Taiwan, with the US a possible location.

In January 2022, Intel announced a new $20 billion factory outside Columbus, Ohio; the company also expects to construct a multibillion-dollar chip plant in Germany, with supporting facilities to be built in France and Italy.7 Taiwan Semiconductor Manufacturing Company plans to build new wafer fab plants outside Taiwan.

This followed Samsung’s announcement in November 2021 of a new $17 billion microchip manufacturing plant in Texas, as the company looks to reshore chip production.

The report says that delivering on investment programmes of such magnitude can “no longer be just the province of IT or engineering experts”.

McKinsey says that responsibility for end-to-end capital spending projects “may need to move squarely into the domain of the CEO and C-suite leaders”, who must “ensure the CFO is planning appropriately for increased capital outlays for years to come”.

It adds that boards and shareholders “will be particularly interested in the return on such a massive investment” and the likelihood of success in achieving the business’s goals.

The report concludes: “The key to capital excellence in the era of physical assets is getting them into action fast. CEOs may need to rally stakeholders around a common goal, as companies and governments did during COVID-19 vaccine development.”