Samsung building $17b plant to beat shortage of microchips 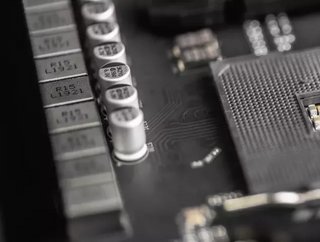 Microprocessor supply problems behind Samsung's move to a build new manufacturing facility in Texas, as Biden's move for US to make own chips bears fruit

Samsung is set to announce a new $17 billion microchip manufacturing plant in Texas, as the company looks to overcome the continuing global shortage of microprocessors.

The plant will reportedly be built on 1,200 acres on a site around 30 miles outside of Austin, where Samsung has an existing facility, according to the Wall Street Journal. The paper reports Samsung as saying the new plant will not begin producing chips until the end of 2024, and that it will produce advanced processors, both for its own products and for use in those of other companies.

The expansion comes as the global semiconductor shortage continues to cause major problems for everyone - from games console makers to car manufacturers. It’s a situation unlikely to ease until at least 2023, Intel CEO Pat Gelsinger said recently.

The microprocessor problem is as much one of demand as supply. Lockdown saw a surge in online orders for laptops and smartphones, as working from home became commonplace. There was a similar rush for games consoles. In January 2021, the Semiconductor Industry Association said chip sales had hit $40 billion - up 13.2 per cent on the figure for January 2020.

In response to the global chip-supply problem the Biden administration is looking to bolster domestic US chip production, to reduce the country’s exposure to supply risk by having to rely on chips manufactured elsewhere in the world.

The US Senate recently approved $52 billion in subsidies for new chipmaking plants, though the so-called CHIPS Act is yet to be rubber-stamped by the House of Representatives, reports Bloomberg.

The move by Samsung - and the Biden administration - to increase home-grown chip supplies bears out the findings of a Gartner survey published this week that shows businesses are increasingly looking to make their supply chains local, rather than international.

Of 1,346 respondents, 30 per cent told Gartner they are already shifting from a global supply chain model to one that is regionally based, because they see serving the world from distant global factories as not only unsustainable but also riven with risk.