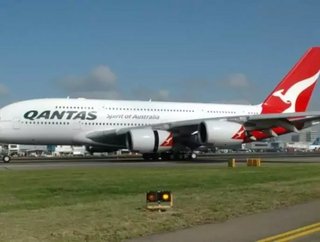 Qantas claims that it never planned to outsource its ground handling operations, but that didnt stop a labor dispute that broke out last week as angry...

Qantas claims that it never planned to outsource its ground handling operations, but that didn’t stop a labor dispute that broke out last week as angry workers feared for their jobs.

The labor dispute led to flight delays and cancellations, but operations are expected to get back on track today after an independent tribunal passed a ruling. A full flight schedule from Qantas isn’t expected until Wednesday, according to the airline.

The labor dispute and subsequent flight disruptions resulted in the loss of about 15 million Australian dollars. Those losses add to the company’s struggles, with CEO Alan Joyce reportedly warning last week that Qantas would be forced to cut its operations in half, resulting in job losses numbering in the tens of thousands of jobs.

Fair Work Australia said that Qantas and its workers now have 21 days to come to an agreement, with no industrial action during that time.

This isn’t the first go-around for Qantas on the outsourcing front. In July, airline engineers staged a protest aimed at fighting a rumored outsourcing maintenance deal.

The threat of strikes has been looming as background noise for several months, with talks between the Transport Workers Union and Qantas boiling over last week.

As the flag carrier of Australia, any disruption to Qantas would cause significant problems within country tourism and air freight.