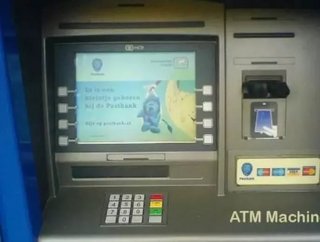 India has long been the outsourcing capital of the world, but the country itself is looking at expanding its outsourcing practices in a curious service...

India has long been the outsourcing capital of the world, but the country itself is looking at expanding its outsourcing practices in a curious service.

Industry experts are predicting that nearly half of India’s automated teller machines (ATMs) will be outsourced by 2015. Banks are citing that the move will allow for quicker service and efficiency while saving money.

India’s banks have been hit by slow credit off take and compressed margins, which is one of the driving forces behind outsourcing ATM services.

Banks now will only be responsible for cash and its clearing and settlement. Right now, there are about 20,000 ATMs in the country that are outsourced, but that number is expected to grow to 90,000 within the next four to five years.

“Many banks want to double their ATM count in the next three to five years,” Sunil R. Udupa, President and CEO of AGS Transact Technologies, told the Economic Times. “For banks, it is a time-consuming process as it may take them months to install an ATM, while we may be able to do it in a few days.”

The growth will be driven by banks outsourcing their ATM services.

"There is better efficiency in ATM (outsourced) maintenance post speedy deployment,” Udupa said. “Also, if a bank has to add more ATMs, it has to add assets in its book, making it asset heavy. But they would rather have that as an operational expense.”

As banks around the world run into trouble at some point down the line, outsourcing ATM services could be a cost-effective stopgap solution, thanks to its success in the Indian market.