Imperial is South Africa's Supply Chain Educator of the Year 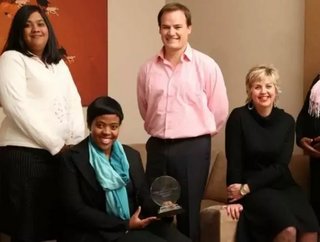 Imperial Logisitics South Africa operation has been named Supply Chain Educator of the Year at the annual SAPICS Conference.It is the third consecutive...

Imperial Logisitics’ South Africa operation has been named Supply Chain Educator of the Year at the annual SAPICS Conference.

It is the third consecutive year that the group has won the award which recognises its continuous drive to develop employees and address the skills gap in the industry.

This year’s submission was a joint one from the Imperial Logistics Academy and Imperial Health Sciences’ Supply Chain Academy.

Colette Wessels, Imperial Logistics’ Training and Development Executive, said: “Our submission encompassed the efforts and achievements of both these Imperial training facilities.

“Our Fast Forward skills development initiative is the main focus of the Imperial Logistics Academy.

“It takes a practical approach to addressing much needed skills development gaps, and operates across various levels, from facilitating workplace entry and tertiary education support to industry collaboration and research.”

So far some 230 learners are currently enrolled on Learnership programmes through the Imperial Logistics Academy.

Wessel added: “The need for supply chain skills in Africa’s public health environment led to the inception of the Imperial Health Sciences Supply Chain Academy, which plays a critical role in the development of individuals working at all levels of the public health sector.”

Over the past financial year, Imperial Logistics has invested more than R87 million in training and skills development initiatives.

More than 70 percent of the amount spent was directed towards black employees, in line with the company’s transformation objectives.

The Imperial Logistics Academy has also achieved accreditation with the Transport Education and Training Authority.

“It is an honour to be recognised for our commitment to upskilling our people and the industry as a whole at a prestigious event like the SAPICS conference,” Wessels concluded.