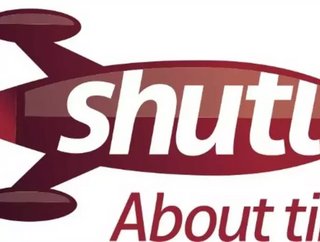 Follow @WDMEllaCopeland UPS have backed the new web-based courier service Shutl, a website which aggregates courier companies to deliver a package in a...

UPS have backed the new web-based courier service Shutl, a website which aggregates courier companies to deliver a package in an average of 90 minutes.

UPS, now the largest investor after paying out $2 million is now the proud owner of a six percent stake in the start up company Shutl, which is also owned partially by the French post office La Poste, which also has six per cent.

Shutl works using an algorithm which matches orders with potential couriers, taking into consideration the cost, location, user-generated rating and when the customer want’s their item delivered. The customer is able to choose between delivery ‘asap’ or to choose an hour slot, which then allows them to pick a time and price.

Delivery from Shutl, which is currently available in the UK, has reached a record time of 15 minutes, and is growing rapidly in popularity.

Since it’s first delivery in March 2010, the company’s turnover has grown at about 50 percent per month, according to Shutl's Founder and CEO, Tom Allason. Annual sales are expected to reach seven figures this year, and the company is beginning to attract some weighty investor interest.

According to the Financial Times, UPS is planning to provide advice to Shutl on its US launch early next year, with a particular focus on helping client relationships. According to Mr Allason, UPS see Shutl’s service as ‘complimentary’.

In a statement released on their website, Shutl have also attracted investors including Hummingbird Ventures and Geopost. The company will use it’s new investment to ‘expand its engineering team, accelerate the acquisition of new retail partners, and prepare to launch its service in the US early 2013.’

“Since launching in 2010, we’ve focused on providing a service that blows away shoppers’ expectations,” commented Mr Allason. “We’ve spent this last year taking Shutl national across the UK, now we are ready for the U.S., a market that we estimate will be worth around $26bn by 2016.”