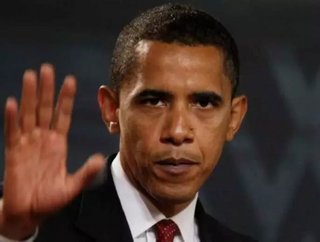 Does U.S. President Barrack Obama really care about job losses as much as he does in this video? Maybe not. I ran across an interesting column in The B...

Does U.S. President Barrack Obama really care about job losses as much as he does in this video?

Maybe not. I ran across an interesting column in The Bellingham Herald last month, and I thought I’d share it with you here.

The piece takes a long look at how the United States (and the government, in particular) is contributing to the worldwide outsourcing trend, and that if U.S. workers want to blame somebody for the problems, the finger should be pointed at the government, and not at the huge multinational companies.

That’s an interesting take, considering most gripes are aimed directly at these huge multinational companies for taking their jobs overseas. According to author Alan Tonelson, getting the U.S. economy back on track is contingent upon getting the United States’ trade policy on the right path.

According to Tonelson, U.S. trade agreements have focused too much on allowing American corporations to reduce global costs to boost profits, but this has historically shown to only grow U.S. deficits and “their growth-retarding effects.”

Instead, Tonelson proposes the idea that strengthening pending deals with Columbia, Korea and Panama can help keep jobs in the United States and allow for further economic growth.

“Indeed, trade policy can be an especially important U.S. recovery option,” Tonelson writes. “Unlike most alternatives, it can spur private sector growth and employment without worsening budget deficits or consumer indebtedness.

“But accomplishing these goals requires policies that improve the U.S. trade balance, which has been massively in deficit for decades.”

If the deals aren’t tightened, Tonelson argues that these countries will continue to take advantage of America’s need for cheap exports, which would get the United States further away from reaching an ever elusive trade balance.