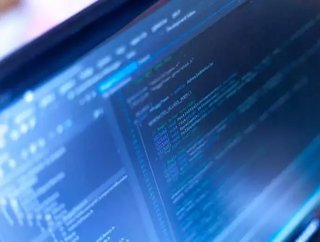 With a focus on simplifying the source-to-settle process, Xeeva seeks to shake up the supply chain industry with its patented artificial intelligence (A...

With a focus on simplifying the source-to-settle process, Xeeva seeks to shake up the supply chain industry with its patented artificial intelligence (AI).

Due to the increasing influence technology has had on the way business is conducted worldwide, it has never been so important to leverage new processes and applications to set organisations apart from competitors, particularly in the supply chain space. Xeeva prides itself on accelerating the advancement of procurement. As a cloud-based, full suite procurement and sourcing software, Xeeva is flexible and adaptable in order to meet its customer’s needs. Established in 2014, Xeeva is recognised as a global provider of AI-powered source-to-pay software and was named a Gartner Cool Vendor for Procure-to-Pay Applications in 2018. Operating in over 45 different countries and 18 languages, its platform works in all major currencies and units of measure.

Dilip Dubey, Founder and CEO of Xeeva, believes that most procurement today is outdated and is in need of a significant overhaul. “As amazing as the talent has been in procurement, there hasn’t been any real innovation recently,” affirms Dubey. “People do procurement the same way as they have always done it for the last 20-25 years. If someone needs something; they call or email their buyers, or buyers get a request from a workflow system.” With an ambition to make procurement more strategic, Xeeva is re-evaluating how to make procurement more efficient. With an amplified dependence on technology tools to drive operations, Dubey believes AI should be considered because of its potential to help businesses grow. “There’s so many different benefits to AI,” says Dubey. “In some cases, it’s enabling us to do things that humans simply couldn’t do. It’s allowing us to speed up manual tasks that would otherwise have taken much longer if performed by a person.”

Xeeva’s patented AI goes beyond just basic tasks such as picking suppliers, automating tasks, and providing recommendations. Its technology can cleanse, classify, and enrich data down to the line-item level in just minutes, versus the hours or days it would take to do manually. Xeeva’s procurement technology also has domain context built into its core. Because of this, Xeeva is able to provide unprecedented savings, hyper-efficiency, and real bottom-line impact. “In procurement, I’m looking for hard results,” affirms Dubey. “This remains the single biggest challenge that all companies have to face with their AI initiatives. There has to be value in what you’re trying to achieve, otherwise what’s the point?”

While there is a growing fear in the industry that the adoption of AI could replace human’s jobs, Dubey believes it is actually quite the opposite. “The worry that AI will eliminate jobs in procurement is misplaced. In fact, I actually believe AI will create a lot more jobs than it will displace but the only caution is that the job just won’t be the same,” he explains. “Take the evolution of computers, for instance. There’s a lot more jobs now than there were previously because of the acceleration of computers, and there is every chance that AI will follow the same path. AI is going to create jobs in procurement which we haven’t even heard of yet. There is the possibility that the definition of current job roles might change, but that’s just evolving with the times. Of course, there’ll be some upheaval. However, to think that humans could be replaced completely is very linear thinking and I don’t subscribe to it.”

With the procurement world constantly transforming, it’s clear that technology has become king. For businesses to succeed long-term, it’s vital to adapt and respond to the latest trends in order to remain agile. Looking to the future, Dubey has clear ideas on how Xeeva can continue to leverage its AI to provide value over the next few years and beyond. “I believe that in the future, data which is imperfect and hard to get to in procurement today will become perfect and abundant,” he notes. “What used to take six months and 100 different people to solve can now be done overnight through AI. Procurement in five years won’t look like the procurement of today – that much is guaranteed. Most of the transactional work and lots of the heavy lifting will be done by new technology such as AI and blockchain. I expect it to become extremely strategic in the continuum of the world of business because it’s no longer one company supplying to another or one firm buying from the other. The world is transforming.”