Valenciaport the latest in uptake of IBM-Maersk blockchain project 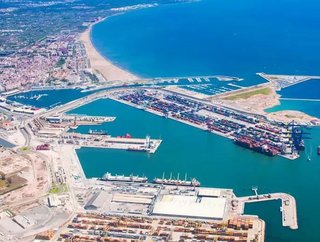 Valenciaport, the Port Authority of Valencia, has announced that it will join the IBM-Maersk blockchain project TradeLens as an early adopter TradeLens...

Valenciaport, the Port Authority of Valencia, has announced that it will join the IBM-Maersk blockchain project TradeLens as an early adopter

TradeLens, co-developed by tech giant IBM and logistics firm Maersk, is a blockchain initiative focused on providing an accurate and verifiable single source of information across global supply chain networks.

IBM said in a statement in August that over 90 organisations were either involved in or had agreed to join the TradeLens platform as part of its early adopter program, including over 20 port and terminal operators globally, container carriers, customs authorities, freight forwarders, and logistics firms.

"We believe blockchain can play an important role in digitizing global shipping, an area of the global economy that moves four trillion dollars of goods every year,” said Bridget van Kralingen, senior vice president of IBM Global Industries, Solutions and Blockchain, at the time.

"Our work with Maersk and other enterprises in the shipping ecosystem has shown that blockchain can be used to form a strong, connected network in which all members gain by sharing important data and that together we can transform a vital part of how global trade is conducted."

With blockchain remaining an emergent technology, IBM and Maersk have reportedly struggled to win over new participants for the project.

Coinbase, reporting in October on the slow uptake of the TradeLens platform, noted that the success of the project hinges on accruing further carriers.

Valenciaport’s decision to engage with the platform, particularly as an early adopter that can be viewed as a founding collaborator in the future, bodes well for the project’s promise of success in revolutionising supply chain network operations.