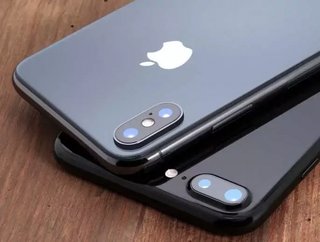 Apple is to order up to 20% fewer parts from its supply chain for its new range of iPhones that will be launched in the second half of 2018, according t...

Apple is to order up to 20% fewer parts from its supply chain for its new range of iPhones that will be launched in the second half of 2018, according to reports.

Nikkei Asian Review said it had spoken with a number individuals familiar with the matter.

“Apple is quite conservative in terms of placing new orders for upcoming iPhones this year,” one of the four sources, who is in the supply chain, said. “For the three new models specifically, the total planned capacity could be up to 20% fewer than last year's orders.”

Another said the decision showed Apple is taking a “cautious approach” to its smartphone shipments compared with 2017, when it added the iPhone 8 and iPhone X to its range.

The report also said that Apple has told its supply chain to tool up for two new OLED models – a screen technology it debuted with its iPhone, as Apple looks to avoid the delays that saw would-be buyers of its new models frustrated last year.

“Two OLED models are likely to be ready roughly one month earlier than the cost-effective LCD model, according to the current plan.”

The current plan is for all three models to ship in September, after’s Apple’s annual unveiling.