Postmates gains another $100mn investment bringing its value to $1.85bn ahead of its IPO 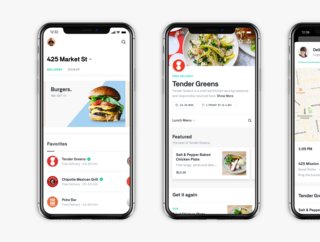 Food delivery startup, Postmates, has raised $100mn in its series F funding round, bring its total valuation to US$1.85bn.

Food delivery startup, Postmates, has raised $100mn in its series F funding round, bring its total valuation to US$1.85bn.

The investment comes just before the San Francisco startup plans to go public.

It’s series F funding round saw participation from a new backer, BlackRock, as well as Tiger Global and other current shareholders.

The funding round comes fourth months after the eight-year-old startup gained a $300mn investment, establishing it as a tech ‘unicorn'.

Postmates says it has hired JPMorgan Chase to underwrite its IPO, which is expected in the first half of 2019.

Commenting on Serve, Bastian Lehmann, co-founder & CEO, Postmates said: “We realized we are in a unique position to create an autonomous delivery vehicle with socially aware navigation that understands how to navigate cities while meeting specific customer needs."

“We took a design-first approach with Serve that walks alongside people and fits into our communities.

“Ultimately, we believe that goods should move through cities at nearly zero cost to consumers.”

Launched in 2011, Postmates is an on-demand delivery startup which operates in 550 US cities as well as Mexico.